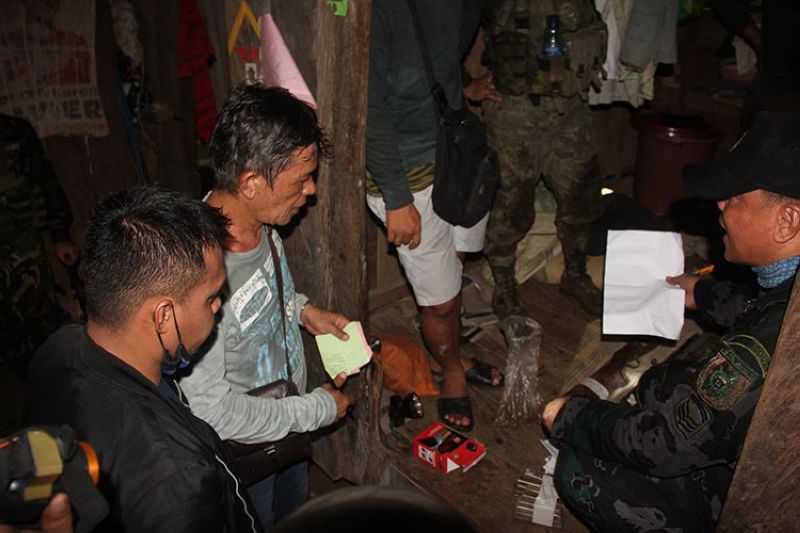 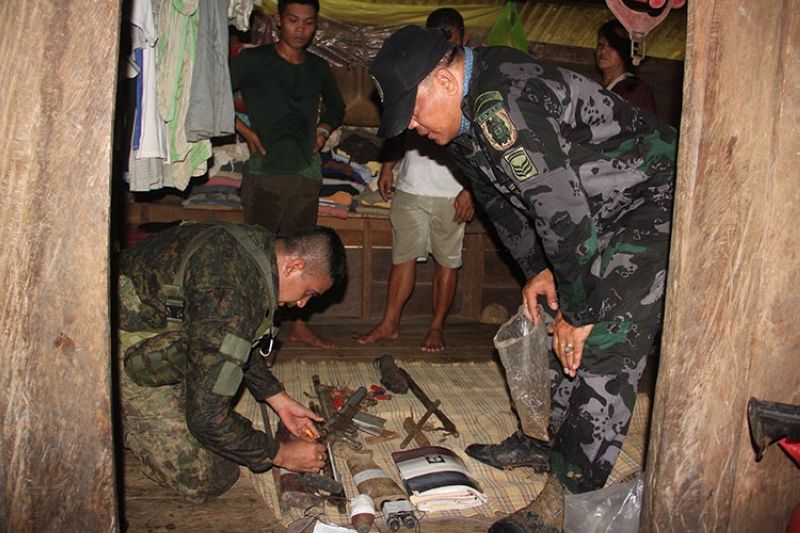 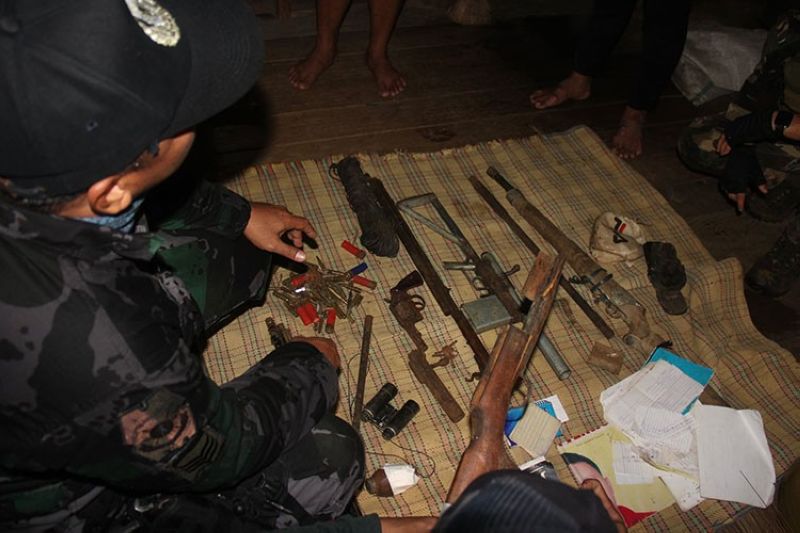 A JOINT Army and police operation led to the rescue of six minors and the arrest of two other persons after authorities discovered explosives, firearms, and subversive materials from the house of a suspected New People’s Army (NPA) rebel near an encampment in Barangay Canlampay, Carigara, Leyte Friday afternoon, November 13, 2020.

Authorities identified the arrested suspects as Nora Dionaldo, 46, and her son Ernie Dionaldo, 29.

Nora’s husband, Edencio “Bernie” Brosas Dionaldo, who was subject to a warrant for the crime of murder, eluded the troops of the Army's 93rd Infantry Battalion (IB) by jumping through the window of their house, leaving behind the weapons and other war documents.

Edencio's wife and son, along with six other minors, were left inside their house, according to the police.

The markings and inventory of pieces of evidence was done with the presence of the arrested suspects, media representatives, and barangay officials.

The arrested suspects, along with the recovered pieces of evidence, were brought to Carigara Municipal Police Station for documentation.

The six minors were turned over to the Department of Social Welfare and Development (DSWD) office in Carigara.

On Monday, November 16, police are expected to file charges for illegal possession of firearms, ammunition, and explosive against the couple and their son, according to the 93IB in a statement.

"On the other hand, local officials seemed to be playing deaf to the ongoing illegal activities of the communist terrorist group in their respective places. We, therefore, challenge local officials in Carigara to be more active in countering the inroads of communist terrorism in the locality," said Brigadier General Zosimo Oliveros, commander of 802nd Infantry Brigade. (SunStar Philippines)