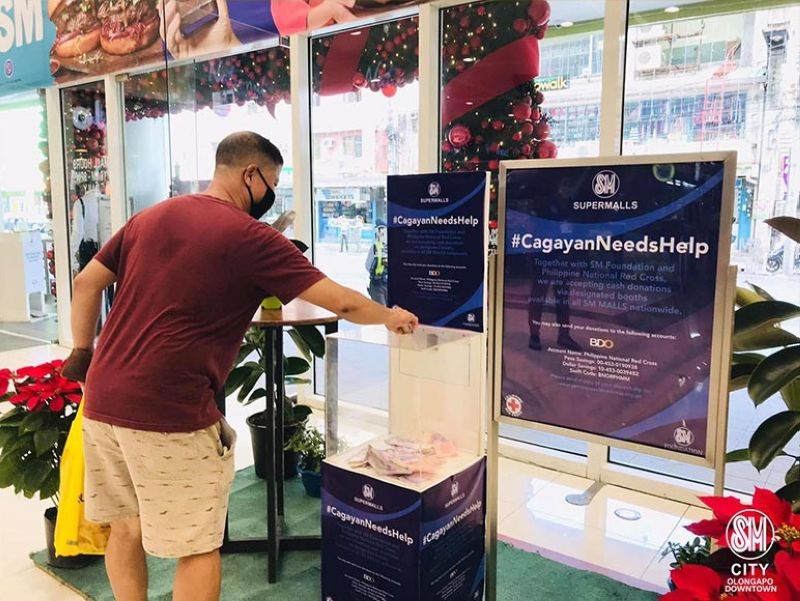 DONATION. A man makes a donation for the victims of Typhoon Ulysses in Cagayan province through a donation box at SM City Olongapo Downtown. (Contributed photo)

SM SUPERMALLS in Olongapo City has set up donation boxes for the victims of Typhoon Ulysses in Cagayan province.

The donation drive is an initiative of SM Foundation and Philippine Red Cross.

SM Center Tuguegarao Downtown donated two truckloads of bottled water to Tuguegarao City which were brought to Cathedral Gym and East Central Elementary School which served as evacuation centers for flood-stricken residents. Hot meals were also distributed to some 300 residents.