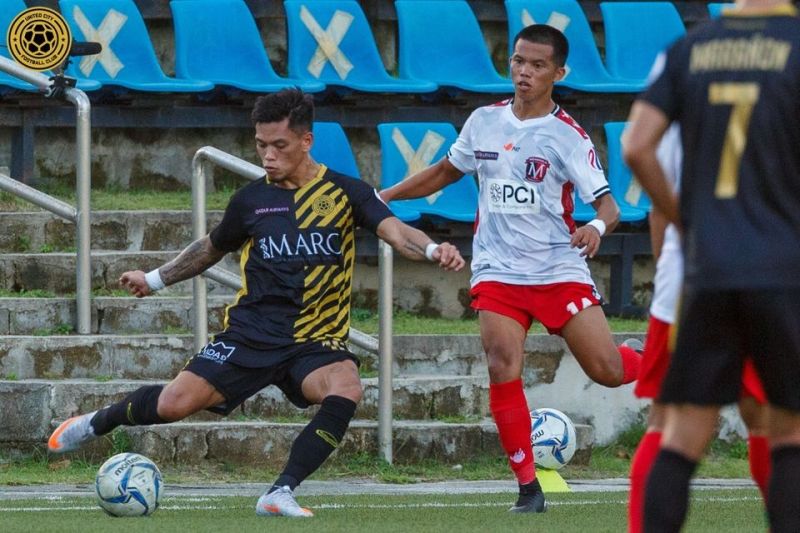 AFTER helping United City Football Club (UCFC) to a successful campaign in the 2020 Philippines Football League (PFL) where it reigned as season champions, attacking midfielder OJ Porteria is moving to his new club in Thailand.

This was announced Monday, November 16, 2020, by UCFC in its FB post, which thanked Porteria for his tremendous efforts and commitment to the club.

“We wish him well with his new club in Thailand,” UCFC said in its post.

“We hope that good memories about your time with us remain beyond just scored goals and lifted trophies,” UCFC added in the statement.

“Be safe and continue to be an ambassador for Philippine football. Bon voyage, OJ,” UCFC further said.

However, no Thailand club has been mentioned as of Monday.

The 26-year-old Filipino-American midfielder has been instrumental in many titles of then Ceres-Negros FC in the domestic league as well as triumphs in the AFC tournaments.

In his last stint with UCFC, Porteria made a huge performance, scoring a hat-trick alongside Robert Lopez-Mendy in a 10-nil victory over Maharlika Manila FC.

Playing in the professional league in the Philippines, Porteria was able to score 36 goals for Kaya FC in 55 appearances from 2012 to 2016, while 32 goals for Ceres-Negros FC and UCFC in 69 appearances.

He also saw action 22 times for Philippine Men’s Football Team-Azkals, where he scored a brace.

There are also few other Filipino players seeing action in the Thailand league.