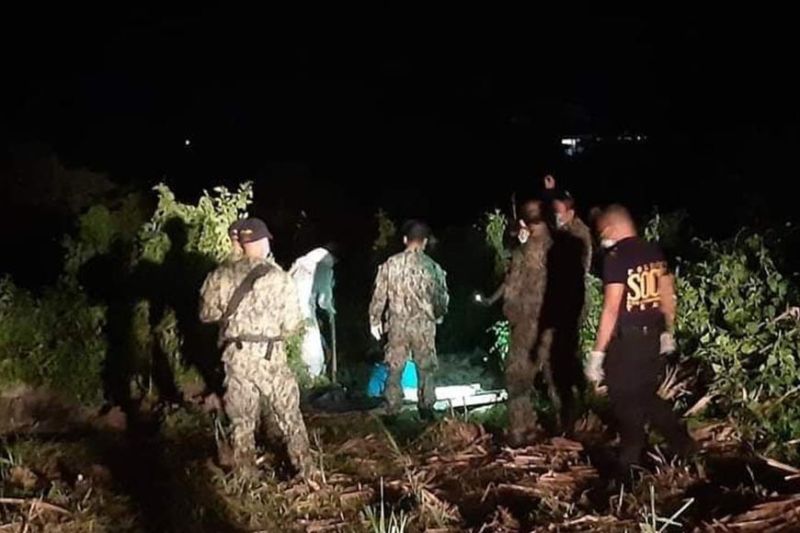 INVESTIGATION ON. The decomposing body of a 26-year-old man was found buried inside the sugarcane field at Hacienda Gensoli, Barangay Vista Alegre on Sunday, November 15, 2020. (DYHB-Bacolod Photo)

THE Police Station 7 in Bacolod City is still conducting a thorough investigation to identify the suspects behind the killing of a 26-year-old man, whose decomposing body was found buried inside the sugarcane field at Hacienda Gensoli, Barangay Vista Alegre Sunday, November 15, 2020.

Police Lieutenant Conrado Espino Jr., officer-in-charge of Police Station 7, said the body of the victim was identified by his mother on Monday through his anklet on his right leg.

Espino said on Sunday afternoon, a concerned citizen informed them that there was foul odor inside the sugarcane plantation.

When they checked, they saw the half-body of the victim buried in the area. His hands were tied while his head was covered by a cloth.

Espino said the body of the victim was already in an advanced state of decomposition.

Investigators are eyeing personal grudges as a possible motive in the killing of the victim.

Espino said the Scene of the Crime Operatives is also conducting an investigation on the incident.