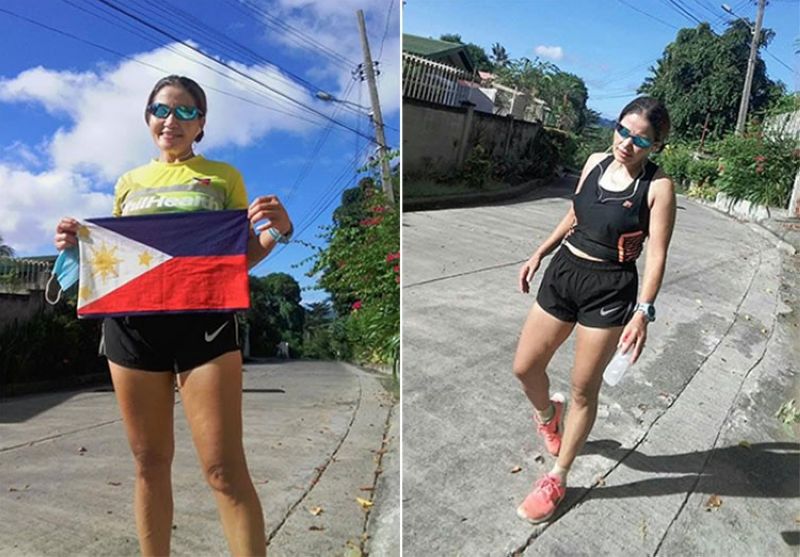 Firmeza, who represented Team Philhealth/RunClinic, clocked a total of three hours, 43 minutes and 20 seconds to trail behind champion Tea Faber of Croatia who checked in at 3:10:21.

The 45-year-old Dabawenya said the last 10 kilometers were the most challenging for her.

"Nag-action nako suka. Halang na sa legs. Nagadagan ko na murag wala nako paki. Ngitngit na tan-aw ko. Lami na e-quit. Init na. Nagahilam-os nako tubig. Naa lang sa kilid sa kalsada gawas sa gate namo ang water/aid station ko. Naghatag Coke amo silingan na may tindahan. Medyo na revive ako (I almost vomited. My legs were sore and I was running like I was no longer paying attention. My vision went dim and I was on the verge of quitting. The heat was too much for me. I washed my face with water that was placed outside our house gate. Our neighbor who owns a store gave me Coke so I somehow got revived)," she recalled.

She prayed for God to sustain her as she also pushed herself harder. In the final 300 meters, Firmeza only managed to walk as she was about to pass out.

She shared, "Nakaloy-an ni Lord. Gi-pray nako ni and work hard for this. Kapila ko nag attempt apil ulit pero wala sa condition ang lawas ko. Kapoy pirme (God was just so gracious. I really prayed for this and worked hard for this. I attempted many times but failed since I was not really up to it. This time, with God's grace I made it with proper nutrition, training, and rest)."

Firmeza, meanwhile, emerged champion in the women's 45-49 division being the lone entry.

"Paghuman murag di nako makatindog. Kapoya lagi pero maka-happy gyud (It felt like I could no longer stand. It was so tiring but I'm very happy)," she added.

Since the pandemic, she has been competing in virtual races due to the absence of actual running events as community quarantine protocols strictly prohibit mass gatherings.