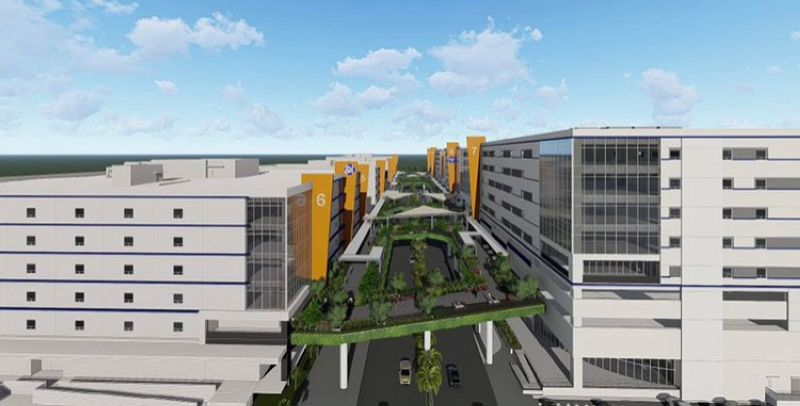 CLARK FREEPORT — The Philippine Economic Zone Authority (Peza) has approved the construction of the four new towers at the SM City Clark complex on May 21, 2020.

Peza, an attached agency of the Department of Trade and Industry, grants incentives to and facilitate the business operations of investors in export-oriented service facilities special economic zones including Clark Freeport.

With the Peza approval, construction of the new towers has resumed with a progress of 70 percent to date. Their expected date of completion is on May 2021.

In an exclusive interview with SunStar Pampanga, Property Manager of SM City Clark Towers Ronald Mendoza said the new towers will be in addition to the six existing BPO towers at the mall’s Tech Hub.

“Despite the ongoing pandemic, the construction of the new BPO towers has resumed strictly observing Inter-Agency Task Force for the Management of Emerging Infectious Diseases (IATF) guidelines on construction work,” Mendoza said.

Each tower will have eight floors -- the ground floor will house retail stores; the second and third floors will be podium parking spaces, and the next five floors will house the BPO offices.

These existing BPOs employ around 14,000 employees mostly from Pampanga and neighboring provinces including Tarlac, Bulacan, Bataan, and Zambales.