Duterte lashes out at Robredo, who defends herself, then resumes relief operations 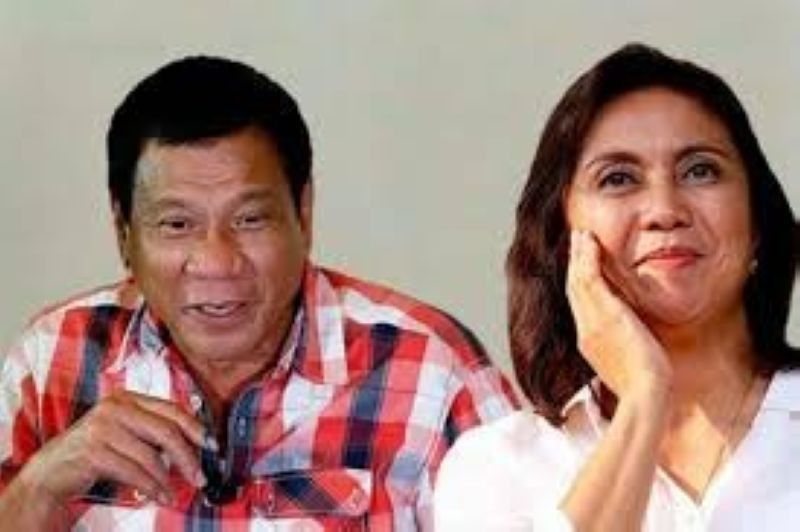 PRESIDENT Rodrigo Duterte on Tuesday evening, November 17, 2020, opened his weekly public address by lashing out at Vice President Maria Leonor “Leni” Robredo, whom he blamed for the trending hashtag #NasaanAngPangulo in the aftermath of three destructive typhoons that pummeled Luzon in the past three weeks.

He accused Robredo of lying and making a bad joke about his whereabouts, and warned her against competing and starting a quarrel with him.

He put her down, saying she is weak, dishonest and incompetent. Then he warned that if she runs for president, he will be her nightmare.

Robredo, for her part, went live on Facebook and posted on Twitter to defend herself, then resumed her relief operations, going to typhoon-hit Camarines Sur Wednesday morning.

In his televised address Tuesday night, Duterte accused Robredo of being behind social media posts asking where he was.

“I would like to just give a caution to the Vice President. She made a blunder, a big one, and she practically lied making her incapable of truth. Alam mo ‘yung pakana niya na wala ako sa bagyo — I was here, dito. I was attending a summit — Asean Summit ‘yon. So virtual lang palit-palit kami, we were talking sa electronic. Nandito ako noon,” Duterte said.

But he denied insinuations that he was sleeping when Marikina City and three towns in Rizal were inundated by floodwaters spawned by Typhoon Ulysses (Vamco) Thursday morning, November 12, because he was attending the virtual Asean Summit.

Duterte made the statement after the #NasaanAngPangulo trended on social media on Thursday, as authorities launched rescue operations for residents trapped by massive flooding.

Duterte said that even before the typhoon struck, he had given instructions to the military and police. Rescue personnel and equipment as well as relief goods had been prepositioned.

Duterte also criticized Robredo, who hails from Bicol, for being the first to go to the typhoon-hit areas in Bicol.

“When you — alam mo — alam mo may summit going on, ASEAN Summit. And I was giving — I am giving the longest speech there because I was the —intervention in the Plenary. Iyon ang totoo diyan. Kaya ako lumipad doon sa Bicol, inunahan mo ako pakunwari,” he said.

He downplayed Robredo’s disaster response efforts and said she has not done anything.

“But do not compete with me and do not start a quarrel with me kasi ikaw wala ka talagang nagawa except ‘yang mga tawag-tawag. Tatawag ka kunwari o nasaaan na ‘yung mga helicopter nalipad na ba? Of course they would say yes. Your — your — your question would suggest the answer,” Duterte said.

Robredo, for her part, posted a video showing continuous repacking of relief goods by the Office of the Vice President team and volunteers as people have been dropping off donations for the typhoon victims at her office.

The President stressed that the military will not heed Robredo’s order.

Robredo said Duterte should get back to those who were feeding him with false information.

She also denied the claims of Chief Presidential Legal Counsel Salvador Panelo that she accompanied a military aircraft in conducting relief operations in Catanduanes for her personal advantage.

She also denied giving orders to the military.

She said Duterte’s attack on her is “unpresidential” but she also recognized that it is his right to make such remarks.

Duterte, in his public address, warned that he will destroy Robredo’s campaign if she decides to run for president.

“So next time, do not commit the mistake or I’ll be forced to insult you because you are playing too much — nagpapa — nagpapa-ano ka, pagpa-beauty ka ng ano. It’s not the time for you. During the campaign... Paalis na ako. Sige, subukan mo,” he said.

“Matagal na talaga akong maraming sabihin sa iyo pero ireserba ko na lang. When you start your campaign kung magtakbo ka ng presidente, waswasan kita nang husto. Well, this is your bad — this is your nightmare. Sabi ko pagka-incompetent mo and you were lying. You knew that I was working. You knew that there was [an] Asean Summit,” the President added. (Third Anne Peralta-Malonzo/SunStar Philippines)