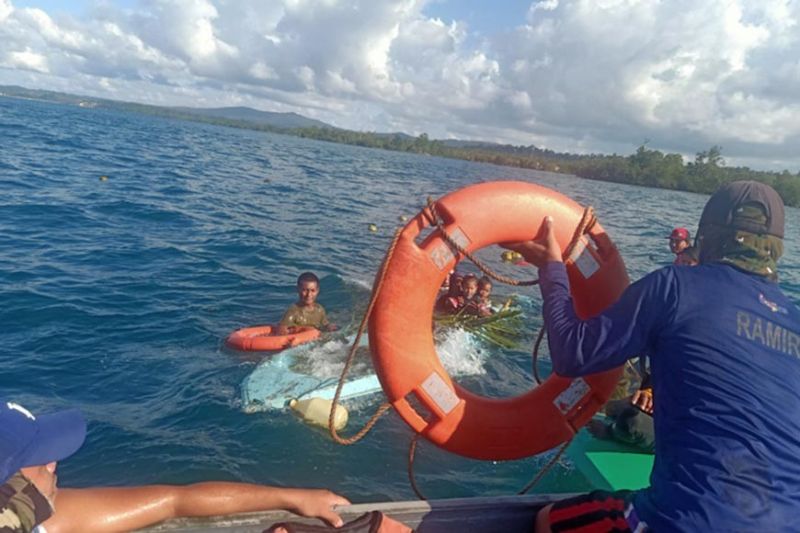 The rescued passengers are residents of Sitio Panuntungan in Bakong village, Languyan.

Tadaci said the victims came from Sitio Kawa Kawa in Maraning village, Languyan, when they encountered huge waves that caused their watercraft to capsize.

Tadaci said no passengers were injured during the incident.

He said the watercraft was then towed by MBLT-6 speed boat to Sitio Panuntungan Wharf.

He added that the rescue operation was part of NFWM's commitment of keeping a safe and secure Western Mindanao maritime environment. (SunStar Zamboanga)