EXPLAINER. House Speaker Velasco might pick a caretaker for Raul del Mar's seat. Plague and cost-saving, for government and candidates, may be cited against special election. 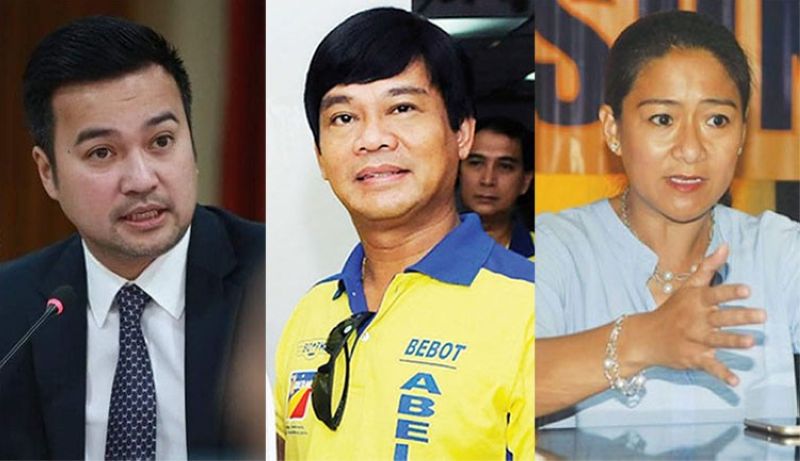 The special elections shall be held not earlier than 60 days, nor later than 90 days, after the vacancy occurred, or in this case, not before January 15, 2021 but not after February 14, 2021.

Comelec, under the amendment, is no longer obliged to wait for notice from the chamber where the vacancy occurred.

[2] Before such election is held, the district where the a vacancy exists, may be provided with a caretaker congressman or congresswoman. It shall be the sole prerogative of the speaker to appoint and whom to appoint.

[3] But there might be no special election (a) if the Comelec would not set the date and make the preparations, or (b) there is only one candidate, a change introduced by RA 8295 of 1997. The Comelec might cite as reasons the epidemic and the pragmatic alternative of filling the vacancy during the regular elections in 2022.

The speaker might not be enthusiastic about the special polls and the interested competitors for the seat wouldn't wish to wage two campaigns close to each other. No one is likely to press the election body to implement the law, especially that the plague is not yet totally contained.

WHO BENEFITS FROM TEMP JOB. If residents of Cebu City north district will be provided with a caretaker, who is also a member of

Congress, he or she will serve and protect their interest until the vacancy is filled -- in theory, at least.

In actuality, the caretaker has a specific and concrete benefit: he or she controls the development funds allocated to the district for the rest of the un-served term. If the "temp" plans to run in the district in 2022, the advantage certainly will help in clinching the seat.

On January 20, 2013, then House Speaker Feliciano Belmonte Jr. designated party-list Akbayan Representative Arlene "Kaka" Bag-ao caretaker of the seat vacated by then Dinagat Islands congressman Ruben Ecleo Jr. who had been removed from the House roster after he was

convicted of killing his Cebuana wife and went into hiding.

Bag-ao's appointment lit up controversy as Bag-ao was then gunning for Ecleo's seat in the elections less than five months away, which gave her "undue" edge over her rivals. In effect, she assumed the perks of the incumbent. Belmonte must have considered the political factor but limited his defense of the move to saying that Bag-ao came from the islands and knew the district's problems.

SPEAKER'S PREROGATIVE. Lord Allan Velasco, Marinduque representative who took over as House speaker, last October 12 has the prerogative to appoint a caretaker. Belmonte, the speaker who set off the furor over the Bag-ao caretaker appointment, said in 2013 that it is "traditional" for the speaker to assume as caretaker of a vacant district or, if he is not available, for a deputy speaker to get the job.

Other than the two, the caretaker may be a congressman or congresswoman whose districts are neighbors to Cebu City north. For that reason, the names of Representative Bebot Abellanosa of Cebu City south and Representative Lolypop Ouano-Dizon of the sixth district came up as likely caretakers.

It is settled that the speaker (a) decides whether a caretaker shall be designated and (b) decides who it shall be, including himself among the appointees.

SOMEONE FROM CEBU. Whether or not a special election would be held, Speaker Velasco is likely to name a caretaker for del Mar's district. It is expected he will name one who will help protect his political interest, specifically as leader of the House whose tenure depends on the will of the majority.

If Velasco must learn from past caretaker incidents, appointment of Abellanosa or Dizon or any other Cebuano legislator may be deemed on the safe side. Naming a non-Cebuano may invite criticism, as the case of the late Benguet congressman Nestor Fongwan Sr. did.

Last January 20, then House Speaker Alan Peter Cayetano designated party-list ACT-CIS Representative Eric Go Yap of Davao City as caretaker of the Benguet district. The natives howled: Why not a House member from Baguio City or some other district in the Cordilleras?