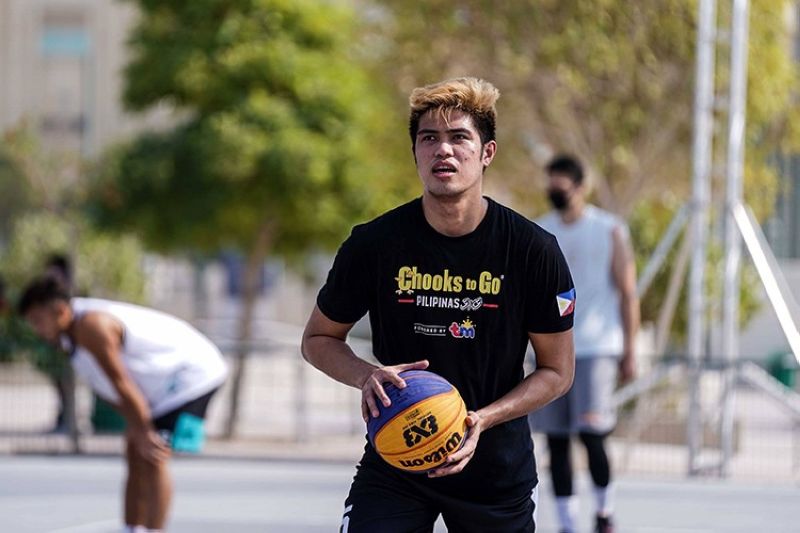 Manila Chooks TM have a rough road ahead of them after they were grouped with the world’s best 3x3 team, Liman, and the home team, Lusail, in Pool A of the 2020 FIBA 3X3 Doha World Tour Masters in Qatar.

The Philippine side, which is composed of Cebuano Leonard Santillan, Joshua Munzon, Alvin Pasaol and Troy Rike, have history with Liman. Back in the 2019 edition of the tournament, Pasig Chooks, composed of Munzon, Taylor Statham, Nikola Pavlovic, and Angelo Tsagarakis with Rike as reserve, upset Liman in the pool stages with a 19-16 win.

In that same tournament, Balanga Chooks, a team then composed of Pasaol and Santillan along with Karl Dehesa and Travis Franklin, lost to Liman in the quarterfinals, 9-21.

Munzon and Rike have definitely not forgotten about those encounters.

"It’s definitely going to be a test for us to square against those European teams but you know I think we’re ready mentally, physically," said Munzon, who is considered to be the country’s top 3x3 player.

"I think we’re ready as we can be and we’ll see how things go. I am confident with my team. We’re ready to get after it," he added.

"We have played more recently than probably most of the other teams here. We’re kinda still in game mode and team mode heading right into that," added Rike.

On the other hand, Lusail, who Manila plays on Saturday at 1:35 a.m., has 36-year-old Greek Vasileiadis Kostantinos; 23-year-old Ousseynou Mbow of Senegal; and homegrown talents 32-year-old Qatari Mame Ndour and 18-year-old Hamza Radi.

The top two teams in Pool A will crossover with the top two of Pool C which is composed of world no. 4 NY Harlem, no. 14 Lausanne of Switzerland, and Lithuania's Utena in the knockout quarterfinals on Saturday. (JNP)