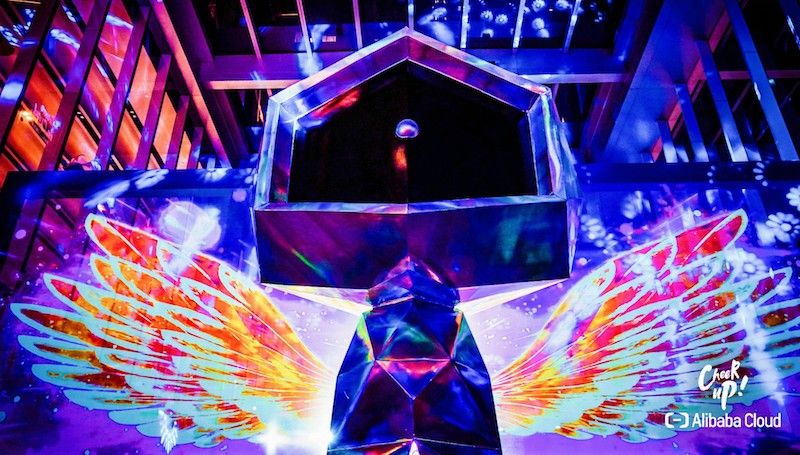 ALIBABA Cloud, the digital technology and intelligence backbone of Alibaba Group, on Thursday, November 19, 2020, revealed the cutting-edge technologies rolled out in support of the 2020 11.11 Global Shopping Festival.

This year’s 11.11, which generated RMB498.2 billion (US$74.1 billion) in GMV over an 11-day period, was made possible by Alibaba Cloud infrastructure upgrades.

“From the robust digital infrastructure supporting zero downtime operation, to cloud-native offerings for developers’ efficiencies and consumer-facing applications for creating some of smoothest engagement experiences, Alibaba’s technologies have once again passed the toughest tests with flying colors,” Li said.

“Alibaba Cloud has been at the forefront of cloud database product offerings for many years,” said Dr. Li Feifei, president of Database Business, Alibaba Cloud Intelligence.

“In the cloud-native era, it is even more pivotal for businesses to be able to take advantage of innovative Database as a Service (DBaaS) offerings to enhance and support high-concurrency and high-volume web applications such as e-commerce, online gaming and financial technology. Many Fortune 500 firms are already using our Cloud DBaaS for mobile apps, backups and tests, and the most recent impressive performance of our proprietary solutions during the 11.11 Global Shopping Festival is yet another strong endorsement on our capability,” he added.

MaxCompute, Alibaba’s proprietary data warehousing platform, handled 1.7 exabytes (an exabyte is equal to 1 billion gigabytes) of data on average per day during the 11-day festival from November 1 to 11, equivalent to processing 230 high-res photos of each of the 7.0 billion people in the world. Despite the extreme scalability and high performance required, no downtime was reported throughout this year’s extended festival period.

PolarDB set a new record with 140 million queries per second during peak time at 11.11, a 60 percent increase from last year.

In addition, PolarDB-X and AnalyticDB helped China Post to deal with more than 100 million orders during 11.11, with about 100,000 China Post users checking their parcels’ real-time status online.

Below are more highlights from this year’s technologies and innovations:

Livestreaming took center stage at this year’s 11.11, which saw tens of thousands of livestreams broadcast on Taobao Live. Leveraging Alibaba Cloud’s narrow-bandwidth and high-definition video solutions, such as its Real-time Streaming (RTS) technology to reduce latency to less than one second (approximately 75 percent lower than the industry average), the smooth livestreaming experience with dynamic interactions is also proven to be effective in boosting sales.

Virtual tours with 3D visuals were available on Taobao to sell big-ticket items like houses and furniture. Underpinned by machine learning technologies like Graph Neural Networks (GNN), Convolutional Neural Networks (CNN), 3D shape analysis and knowledge graphs, Alibaba offered a 3D modeling design platform for brands, reducing the time for model creation from three hours to 10 seconds. Merchants leveraged the technology to create over 100,000 showrooms with virtual 3D products that was experienced by 60 million consumers during the festival.

In addition to the benefits generated by the company’s proprietary solutions such as MaxCompute, PolarDB, AnalyticDB mentioned above, Alibaba Cloud also supported one of the world’s largest container clusters, enabling the upscaling to one million containers in an hour.

The optimal elasticity and scheduling capacity enabled by the cutting-edge cloud-native technologies led to an 80 percent reduction of computing resources for every 10,000 transactions conducted compared to four years ago.

Alibaba used state-of-the-art green technologies - including liquid cooling and wind energy – at its five hyper-scale data centers to ensure the most environmentally-friendly operation during 11.11.

For instance, the hyperscale data center in Hangzhou has one of the world’s largest server clusters submerged in a specialized liquid coolant, which quickly chills the IT hardware. This reduces energy consumption by over 70 percent, while its Power Usage Effectiveness (PUE) approaches the ideal target of 1.0.

Compared to traditional data centers, the Hangzhou hyperscale data center can save up to 70 million kilowatt hours of electricity per year, which is sufficient to power over 16,000 households in United Kingdom in a year.