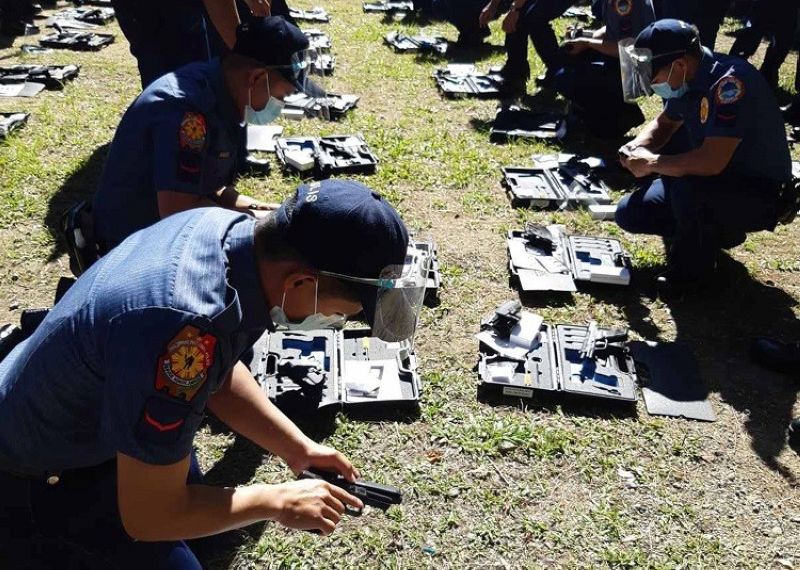 SOME 593 patrolmen and women of the Police Regional Office-Cordillera (PRO-COR) underwent a Modified Handgun Marksmanship Training to test their new firearms issued by the Philippine National Police (PNP) recently.

The marksmanship training is a prerequisite to incoming rookie cops before their deployment in the field to test their Canik 9 millimeter pistols as their standard-issued handguns.

The Modified Handgun Marksmanship Training seeks to increase the level of confidence and proficiency of new police personnel in using their service firearms.

The training will help them to be better acquainted and proficient in handling firearms and be well-informed of its functions and capabilities, aside from ensuring the operational functionality of their issued firearms.

During the training, lectures on firearm familiarization were conducted, including the care, maintenance and gun safety rules course that was composed of two phases.

PRO-COR has stepped up its training, skills enhancement programs and competitions to enhance the competencies of personnel, particularly in marksmanship to ensure familiarity and proficiency of all personnel in the region.