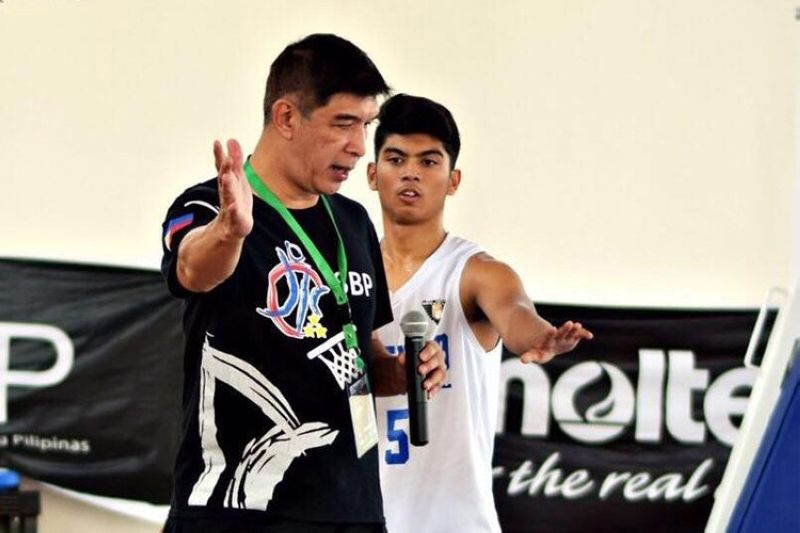 Veteran coach Jong Uichico has been given the reins to coach the Gilas Pilipinas squad that will compete in the November window of the 2021 Fiba Asia Cup qualifiers in Bahrain later this month. (Jong Uichico Facebook page)

Veteran basketball coach Jong Uichico has been handed the coaching reins of the Gilas Pilipinas in the November window of the 2021 FIBA Asia Cup qualifiers in Manama, Bahrain.

The 58-year old is no stranger to handling the Philippine team, having done so on three separate occasions. His last hurrah as head coach came in 2017 when he led the Sinag Pilipinas to a gold medal in the 2017 Southeast Asian Games in Kuala Lumpur.

The task for Uichico this time around is a little different, as he’ll be handling a team lacking in experience but never in energy. With the Philippine Basketball Association (PBA) still busy with the Philippine Cup, the SBP cobbled up a squad loaded with collegiate stars.

"It's a welcome challenge and it's something new. We always welcome the challenge and we're trying to do the best we can in making them ready for the international game,” said Uichico during the virtual press conference that was staged by the SBP.

Uichico added that he is keen on not overloading the players with too much information, especially for a task as crucial as their upcoming games against Thailand, Korea and Indonesia.

"It's an adjustment for me because you need a lot more teaching but not making things too complicated for them," said Uichico. "Lucky for us, the young players are willing learners and are hardworkers, so that's something positive we can look forward to, that energy that we can look forward to."

"They're young and they're inexperienced, so we're trying to keep things as simple as possible so that they can comprehend and execute the best way they can," Uichico added. (JNP)