Another batch of ex-NPA rebels get government aid 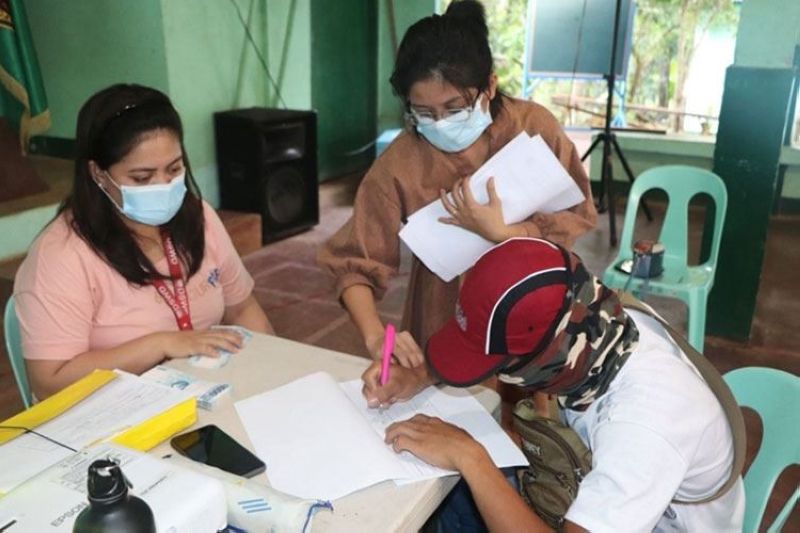 THE government, through the Department of Social Welfare and Development (DSWD), has released over P1-million livelihood assistance to another batch of New People's Army (NPA) surrenderers in Zamboanga del Sur, officials said Friday, November 20.

The latest batch of recipients, comprised of 52 NPA rebels, were among those who surrendered to the Army's 53rd Infantry Battalion (IB). Each of them received P20,000 from the DSWD through its Sustainable Livelihood Program (SLP).

The payout of the provision of livelihood assistance was facilitated by the team of DSWD-SLP Provincial Coordinators Therese Maravel Arcenal and Donato Savella from November 17 to 18 at the headquarters of the 53IB in Camp Sabido, Guipos, Zamboanga del Sur.

Both Arcenal and Savella are optimistic that more NPA rebels will return to the folds of law and avail themselves of various government programs like that of the DSWD-SLP.

The grant of the livelihood assistance is in line with the government's quest to give premium on the former NPA rebels' transition to mainstream society,

Lieutenant Colonel Jo-ar Herrera, 53IB commander, said the payout will be of great help to the former NPA rebels' transition to the mainstream society.

Herrera also thanked the DSWD for their unwavering support to the former NPA rebels.

Aligned with the mandates of Executive Order 70 signed by President Rodrigo Duterte, the SLP of the DSWD seeks to institutionalize the Whole of Nation approach.

This involves National Government Agencies such as the DSWD in the government's thrust to completely eradicate the 52-year-old insurgency problem.

The recipients of the payout have undergone the required psycho-social activity by the Provincial Social Welfare and Development Office.

Earlier, each of them received P65,000 cash assistance as they have availed themselves of the Enhanced Comprehensive Local Integration Program of the Department of Interior and Local Government. (SunStar Zamboanga)