EXPLAINER. What Cebu City Council wants to know about city's joint ventures with Fil-Invest and Gokongwei firm. Looks like it's flexing 'fiscalizer' muscles. 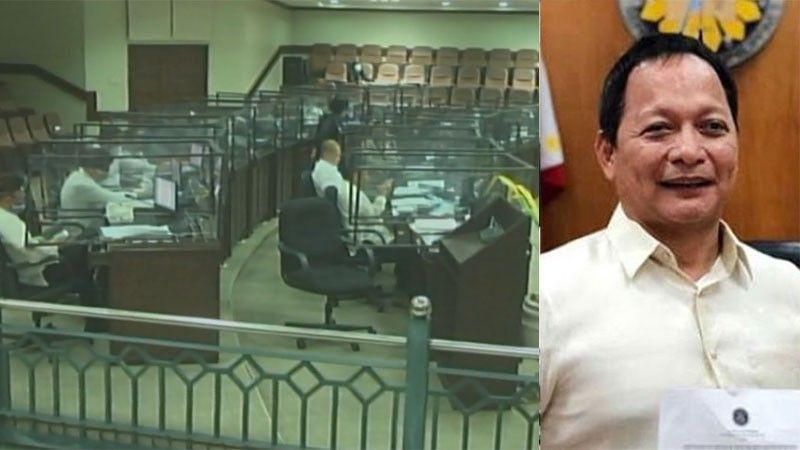 A COMMITTEE of the Cebu City Council will review the joint venture agreements (JVAs) of Cebu City with two big business firms: principally about its profits share from Filinvest and reported capitalization increase of Gokongwei-led Universal Hotels and Resorts Inc. (UHRI).

The review by an ad hoc group was decided Wednesday, November 25, during a session of the Sanggunian where an official of Filinvest Land Inc. (FLI) briefed the councilors on the progress of Citi di Mare, the joint venture on a 40-hectare lot at the city-owned South Road Properties (SRP).

The City Council still had to hear from "Robinsons" (Vice Mayor Mike Rama's reference to UHRI) regarding the reported hike of its capitalization and its effect on the contract over the Kawit island or "Isla de la Victoria" project.

Archie Ygot, senior assistant vice president and general manager of Filinvest Visayas, told the City Council during its Citizens' Hour, that FLI has completed development of 10.08 hectares under phase 1 and finished the road networks on 25.91 hectares of the project's phase 2 at SRP.

The deal involves FLI's 2004 purchase of 10.6 hectares in Pond F of SRP and its development under joint venture of some 40,000 sq.m. of land across the street.

"ALKANSE KAAYO MI." The decision of the City Council to review the JVA with Filinvest -- along with that entered into with Robinsons on development of Kawit Island -- is purportedly to find out if the city is getting a bad deal. How much actually is the city getting from the FLI venture, Vice Mayor Rama asked during the discussion.

In June 2018, Councilor Joel Garganera, who initiated last Wednesday's invitation to the FLI official, asked the company then to allow inspection of development at Phase 2, which at the time had yet to start. Garganera "felt the lack of transparency."

In the November 18 session, the councilor told Ygot in the live-streamed session, "Really, alkanse kaayo mi... Alkanse ang siyudad." That, after informing him about what he did to protect the city's interest, including the lawsuit against FLI (which the court reportedly dismissed) and his recent (May 14 and June 18) letters to the company.

Garganera estimated that the city should be getting P10 billion instead of the P2 billion for the period already covered by the joint venture. He wondered how the venture could provide thousands of jobs, as promised by then mayor Osmeña, when only medium-rise residential buildings are being built and why phase 1 is reported as completed when the number of building fell short of the goal.

10% ON TOP OF GUARANTEE. What exactly was the agreement? It would seem odd that the councilors are unsure about the provisions of the deal with FLI and didn't have its own records to confront the FLI official's data with.

The City Council could've first secured a copy of the JVA from the city legal office and records of payments from the city treasurer.

Councilor Garganera appeared not to get a clear answer to his question whether the city could still get a 10 percent share of the sales after being paid the minimum guarantee fee and the buildings are already finished under each phase. The councilor reminded Ygot that in the April 24, 2014 executive session of the City Council, FLI officials said the city could still get the 10 percent cut.

TOMAS OSMEÑA'S EXPLANATION. Former mayor Tomas Osmeña who accepted with the treasurer the second tranche of guarantee fee in February last year, just before the May elections he lost, said then, "If they increase the cost, we get 10%. Under a conventional joint venture, we just get a share. If they decide to put more floors, we get 10%. It's not that price per square meter. They cannot sell land. They can only sell units. Whether they make a profit or not, it doesn't matter. We get a percentage of the share."

A SunStar news story of February 16, 2019 said that under the JVA, Filinvest is bound to pay a minimum guarantee fee to the city for its share of the condominium sales for phase 1, or 10% of its sales receipts, whichever is higher. It was not a direct quote; the exact terms of the contract should be more authoritative, which the councilors can read from the document itself. But the news story indicated that it's the guarantee fee or the 10%, whichever amount is larger. The councilors must not have checked the JVA papers before they authorized the mayor to sign it or they trusted the mayor to do the checking.

COUNCIL'S PURPOSE. A review by the ad hoc committee, sought by Councilor James Cuenco, may give clarity to the councilors who might be clueless still what the city exactly entered into.

It is not known if the councilors' understanding of the terms matched with how then mayor Osmeña understood the terms. Osmeña reportedly described the sharing scheme as "confidential." Garganera was one of the councilors who discussed the JVA under Osmeña's term.

It is doubtful though if the contract could still be amended to reflect the sharing terms as understood by Garganera. The councilor asked FLI VP Ygot if the company would agree to amending the JVA to reflect what company top officials allegedly told the City Council. Ygot did not answer Garganera.

VM Rama though sees the inquiry as flexing the City Council image that he apparently he wants to promote: for the councilors to be seen as "fiscalizers" and himself as "a fiscalizer who is no longer a rubber stamp."