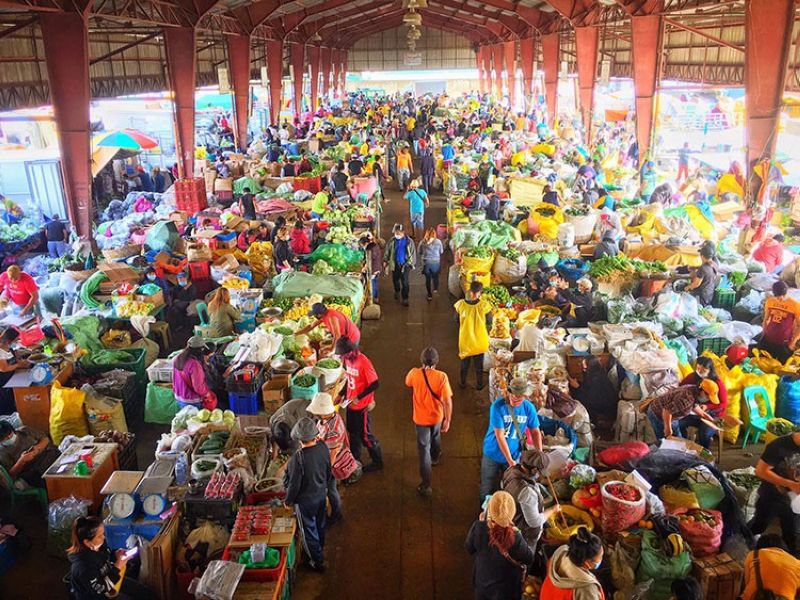 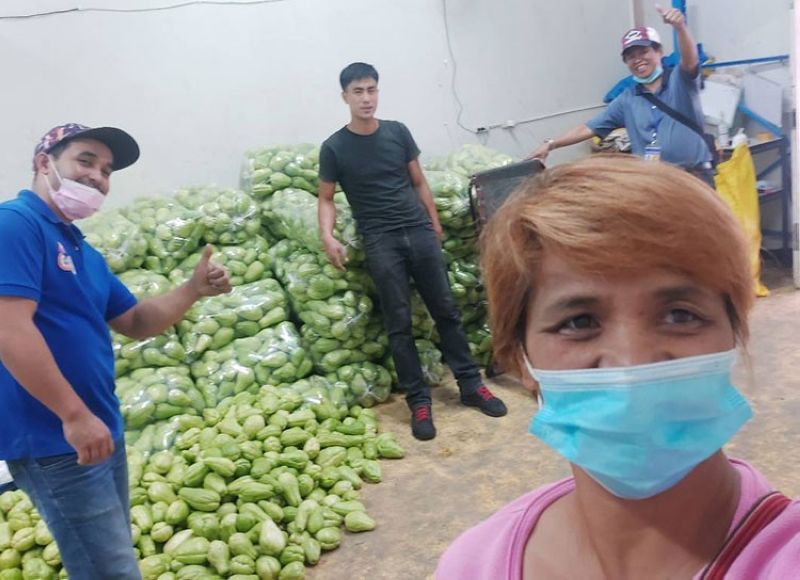 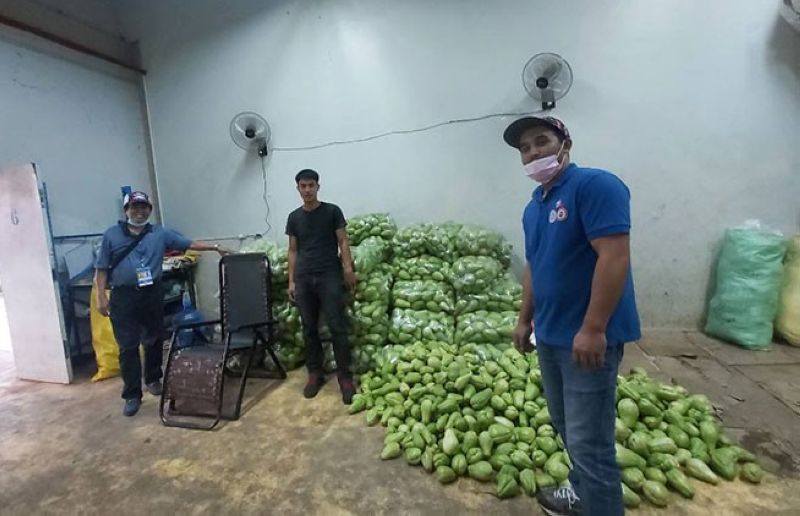 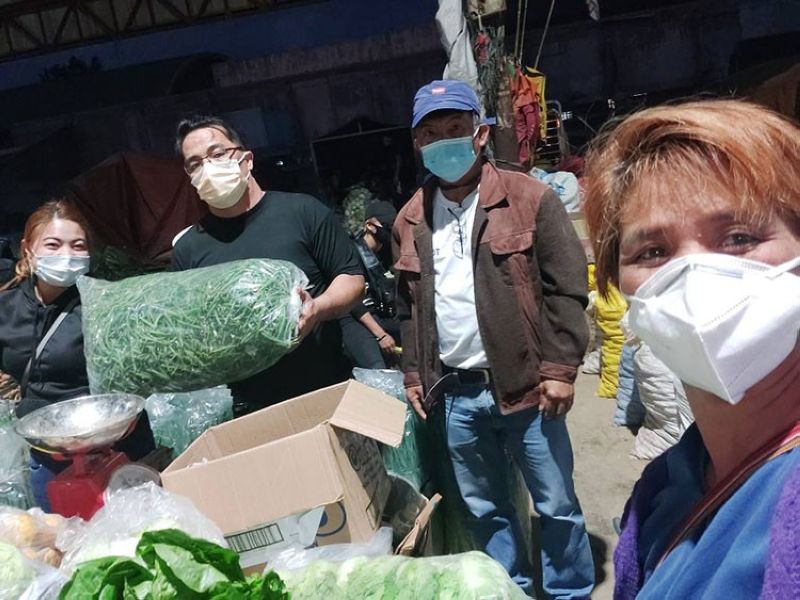 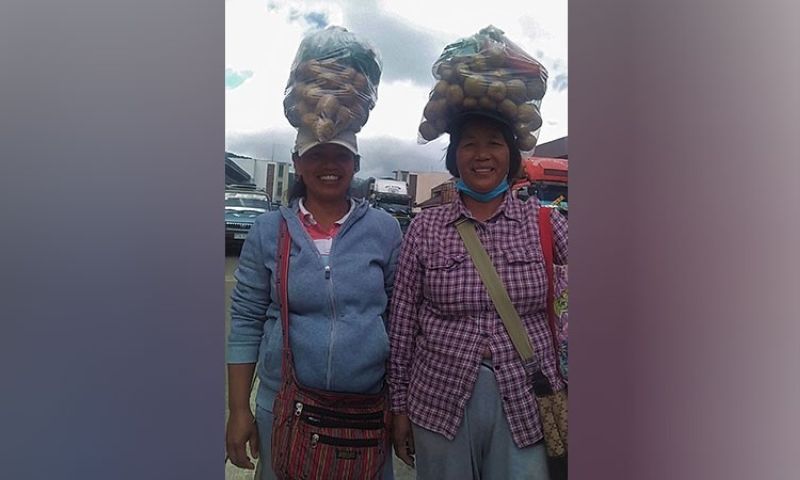 WITH A SMILE. Despite the hardships of the pandemic, consumers and traders remain optimistic the industry will recover. (Lauren Alimondo) 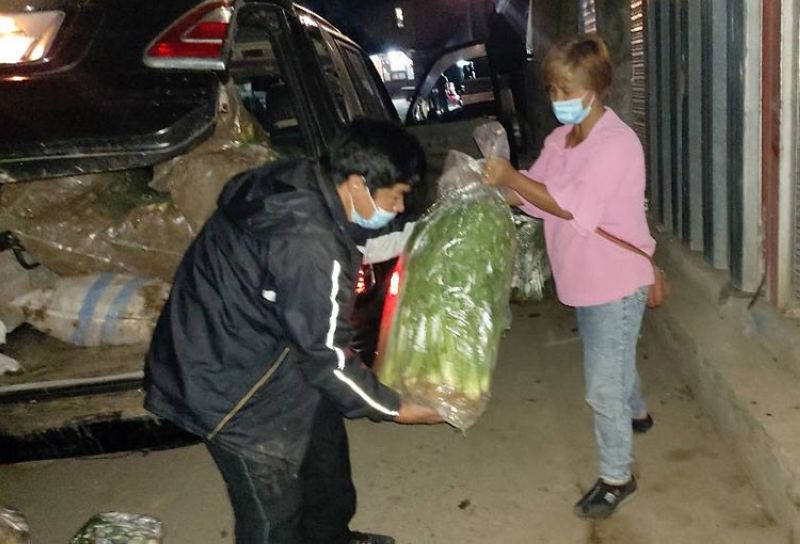 WHEN Benguet gives, it’s from the heart.

The humble town,, which boasts of nothing but good deeds, has set the bar high with its culture of sharing bounty to lockdown stricken areas all over Luzon.

La Trinidad Vice Mayor Roderick Awingan said the project came at the time when lockdowns were rampant in areas neighboring the valley and was spurred by townsfolk who thought of helping others.

The program started in one of the town’s barangays dubbed as “The inter LGU’s cooperation and assistance to Covid-19 lockdown LGUs.”

It is an offshoot of the free vegetables distributed in the early months of the forced stay at home orders.

“Instead of seeing the vegetables rotting because there were no buyers, farmers, traders and volunteers decided to give the produce away to help and give hope to those coping with effects of the worldwide pandemic,” added Awingan.

The vice mayor said the barangay program slowly grew to reach out to Baguio City, which in July had locked down areas.

“They were the first recipients. We have coordinators in areas where there are lockdowns and volunteers here find vegetables they can donate to those in need,” added Awingan.

Coordinator for Baguio City is Councilor Arthur Allad-iw, who has distributed to barangays and persons with disability.

A simple system was placed to verify where produce is needed sounded off by volunteers and coordinators in each area while tipping off to Awingan, who stands head of a coordinating team composed of La Trinidad officials with the participation of Mayor Romeo Salda and the entire local council.

Awingan said the program will continue as long as there are areas in need with the program expanding to areas outside La Trinidad.

The undefeatable heart of volunteers

Have you received free vegetables lately? Chances are these are from kind hearted farmers who have cut their losses and risen above wasted gain.

La Trinidad volunteer Chlemench Lapas, who comes from a family of farmers says donations are not hard to come by in these times because traders and disposers would rather donate produce than throw away excess orders and instead of seeing these as losses, are comforted by the thought they have helped people get by with the help they give.

The volunteer, a former flower and vegetable trader and disposer said her family’s business is now slow because of the effects of the pandemic so she has been active in donation work.

Lapas said instead of seeing rotting vegetables, it is better to share with everyone, saying the program has not only reached Benguet towns but also in La Union, Pangasinan, Ilocos and Manila, powered by a volunteers who are willing to help and coordinators who untiringly updates areas in need.

Markets in the lowlands have decreased orders which in turn have impacted the province’s lifeblood, but life goes on for the province.

In May, the Department of Agriculture (DA) extended assistance to 1,551 farmers in the Cordillera Administrative Region (CAR) under its Expanded Survival and Recovery (E-SuRe) aid, a loan program to help farmers affected by the enhanced community quarantine (ECQ) with P52 million to Benguet farmers since in the early months of the pandemic.

Augusta Balanoy of the League of Associations at La Trinidad Vegetable Trading Post and manager of the Hi-Land Farmers Multi-Purpose Cooperative said they continue to donate because there is a need to help those in need.

Despite the hopelessness of the pandemic, Benguet farmers have stepped up to the task of feeding a multitude with fresh and healthy produce, humanity at its finest has been set by the Benguet agriculture community with supposed losses of farmers, traders and disposers, converted into donations for those in need of nourishment.

“Ever since, hindi madamot ang y-Benguet. Whatever they have, they share. When they have visitor, they'll butcher their last alagang manok just to give the best to their visitor, when they donate veggies, they do it with a smile and the hope that their small donation, no matter how small, will help,” added Balanoy.

Balanoy said “financially, it is a great loss to the farmer. For three croppings this year, lugi na yung two, They spent capital for all their cropping tapos below cost of production, lugi sila dun. Imagine spending a minimum of P50,000 in one cropping season tapos ang bumalik lang ay around P15,000, di pa nangalahati. It is really a high loss, but rather than throw it away, idonate as relief na lang para makatulong pa.”

As the year closes with the pandemic raging, Benguet continues to survive, supplying markets with produce despite a decline in demand, hoping for better days and having a ready and willing heart to share their blessings.

In the wake of typhoon Ulysses, a donation drive for Cagayan from Benguet will be delivered on November 24.