Coping with change in the transport industry 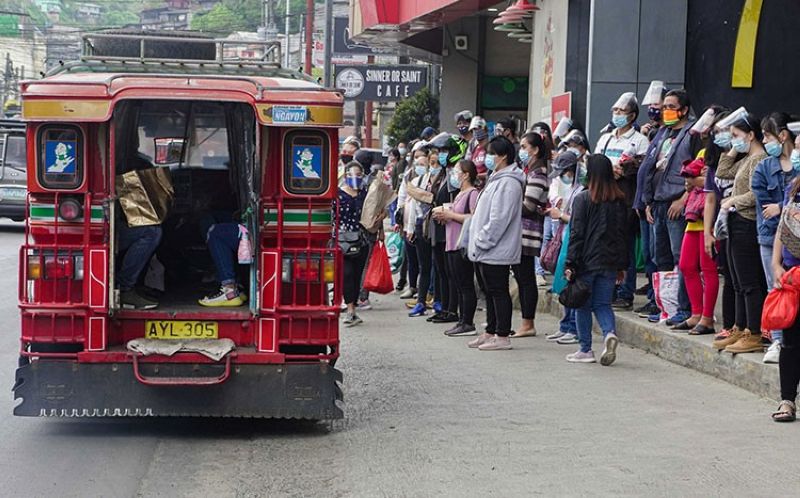 COMMUTERS CALVARY. With limited number of passenger jeeps in Benguet, commuters endure the long line while waiting for their ride. (Jean Nicole Cortes) 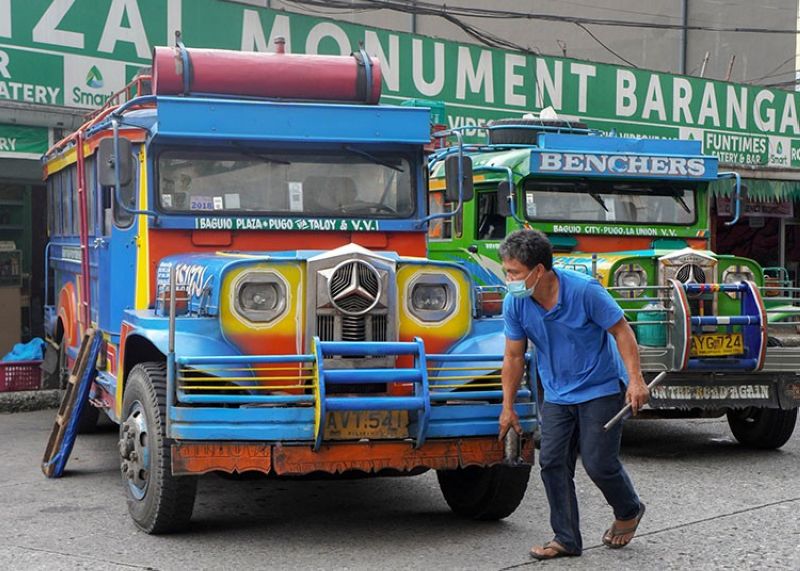 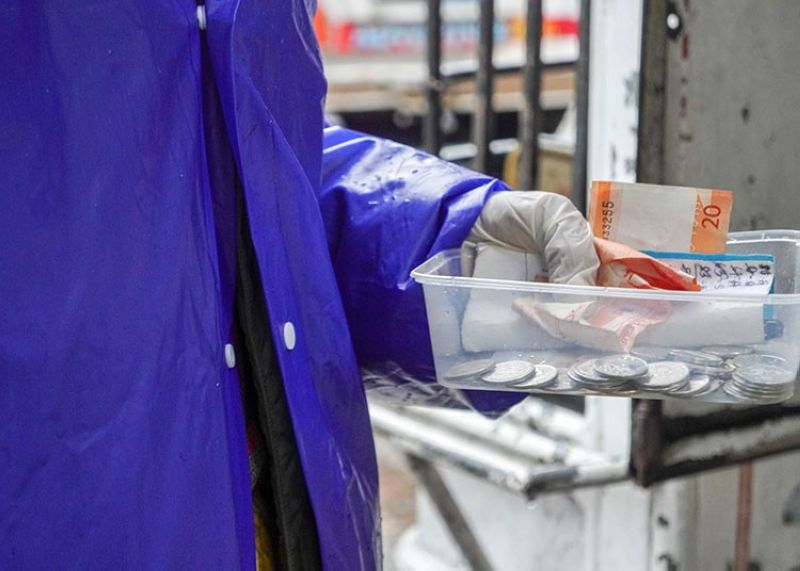 EACH PESO COUNTS. A jeepney barker wears gloves and asks commuters to place their payment on the plastic case to minimize contact from passengers. (Jean Nicole Cortes)

AS TRANSPORT industry in the Province of Benguet slowly returns, the reduced capacity has affected daily earnings with operators and jeepney drivers forced to create arrangements to alleviate the way of life before the pandemic.

Miguel Luma-ang, manager of the Buyagan Operators and Drivers Association (Boda), the biggest public utility jeepney (PUJ) association in Benguet, noted that drivers were forced to take in additional jobs to compensate for their lost incomes.

“There are 232 units members of Boda, including more than double number of drivers and very much affected because only few are allowed to ply our route for two days in a week. Not everybody has extra work but some really depend on driving to look for at least two units to have four days of work,” Luma-ang said.

Most of the drivers were not able to look for additional jeepney units to cover the four day driving schedule resorted to the delivery of food in the La Trinidad-Buyagan area to compensate daily earnings.

“Many were forced to look for additional areas to earn with most involved in the food delivery system while others have to look for other forms to earn. As for the future of the transport sector particularly here in our area, I cannot still imagine because of the planned transport modernization by the government and we are hoping that this should not pursue yet as we have all been affected and are still facing this pandemic. What is immediate now is on how we can have additional sources for us to earn,” Luma-ang added.

Pat Evangelista, president of the Federation of Jeepney Drivers and Operators Association for Baguio, Benguet and La Union (Fedjodabblu), said the 3,000 members of the federation, have resorted to other means of livelihood to compensate for the lost.

“As Cordillerans, we are strong and resilient and we can survive despite this dreadful pandemic. We will not go to the extent of begging like what our counterparts in Metro Manila have been doing. Benguet operator’s and drivers including Baguio and La Union have learned to live even by making use of vegetables as supplement for its daily food requirements for their families,” Evangelista said.

Millions of revenue and opportunity were lost with unemployment spiking in the Cordillera region and Fedjodabblu has tried to provide for its members loans and led the distribution of food packs and anti-Covid packets donated by companies and private donors.

Fedjodabblu has also linked with groups and associations needing shuttle services, aside from linking the federation with local government units for assistance to the Social Amelioration Program (SAP) and other financial assistance provided for by the government.

“We are now operating as LTOP (Liga ng Transportasyon at Operators sa Pilipinas) Cordillera and Region 1 which is a Securities and Exchange (SEC) registered non-profit non-stock corp. It’s not only public utility jeeps that are members here, taxis, vans for hire, busses, trucks for hire including tricycles are members here. In Benguet, we have tricycles operating in Sablan, La Trinidad at the Beckel area and in Itogon,” Evangelista explained.

Although at present, the transport sector in Benguet Province and the areas under the federation still sees a dim future, it is hoped that with the easing up of restrictions, life will be better.

“We foresee that our future in the transport sector is still dim though this may change in the future, and we are hoping that in the future, the transport operations in Benguet, Baguio and La Union would soon ease up on the so many mandates issued by government. We see a decline in the number of passengers that we ferry as our passengers were likewise affected by the Covid pandemic,” Evangelista said.