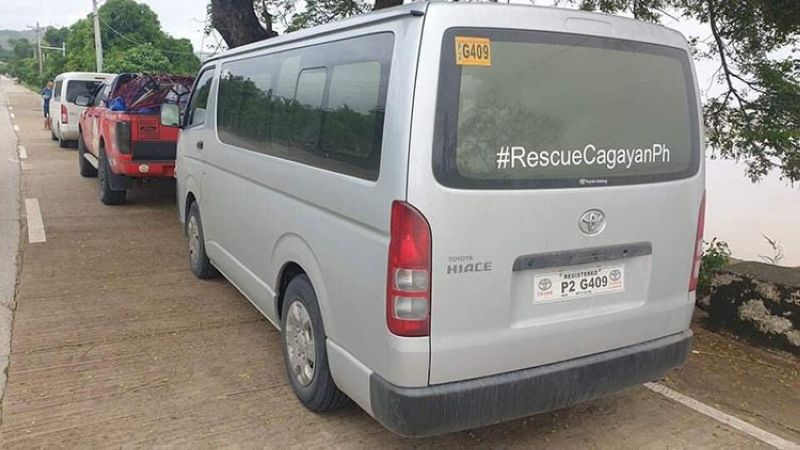 RELIEF GOODS. Pi Sigma Fraternity in Pampanga preps up convoy of vehicles bound for Cagayan Valley on Thursday to deliver P150,000 worth of donated goods for flood victims. (Contributed photo)

ANGELES CITY -- Alumni and resident members of the Pi Sigma Fraternity and the Pi Sigma Delta Sorority chapters in Pampanga donated around P150,000 worth of assorted goods for flood victims in Cagayan Valley, one of the hardest typhoon-hit regions.

The officers of Task Force Paglingkuran Cagayan said the cash and goods gathered were from out-of-pocket donations from members of seven chapters in the province, including Chevalier School, Holy Angel University, and UP Clark, along with several private donors.

Pi Sigma and Pi Sigma Delta are service-oriented organizations whose provincial chapters were founded in 1979 and 1985, respectively.

The same mother organization was established at the University of the Philippines in Diliman in 1972. The Paragon Supreme Council is the group's provincial council of elders composed of former chapter presidents.

"Our twin principles are 'Paglingkuran ang Sambayanan' and 'Paragon of Scholarship' and may our humble efforts help ease the distress of the Typhoon victims," the Task Force Paglingkuran Cagayan said in a statement.

On November 20, the group's convoy of vehicles bearing donated goods will be met by chapter members in Cagayan and Isabela who will assist in the relief distribution.

Cagayan Valley ended up as a catch basin, as voluminous rain water from nearby provinces during the Typhoon Ulysses overflowed the Magat Dam and resulted in what has been described as the worst flood to hit the region in 40 years. (PR)