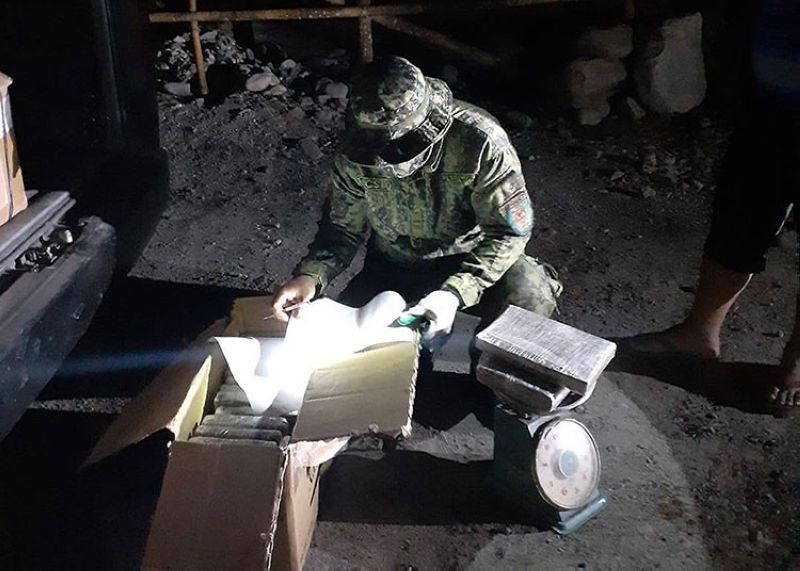 FOR SHIPMENT. A police officer conducts an inventory of confiscated marijuana bricks after a passenger van driver discovered the contraband inside his vehicle. (PRO-Cordillera Photo)

CLOSE to P1.6 million worth of marijuana bricks were confiscated while two drug personalities were captured in Benguet.

Based on initial investigation, the marijuana bricks were found inside an abandoned passenger van driven by Genaro Lamsis.

Lamsis told investigators he was conducting a routine inspection of baggage inside his van when he noticed a suspicious box without markings. Lamsis discovered the marijuana bricks and immediately informed authorities.

Martinez is a resident of Lower Engineer's Hill, Baguio City but he was apprehended in Campo Filipino. Recovered from the suspect were two sachets of suspected shabu, P500 buy-bust money, and P1,500 cash.

Both drug suspects are now facing charges for violation of Republic Act 9165, also known as the Comprehensive Dangerous Drug Act of 2002.