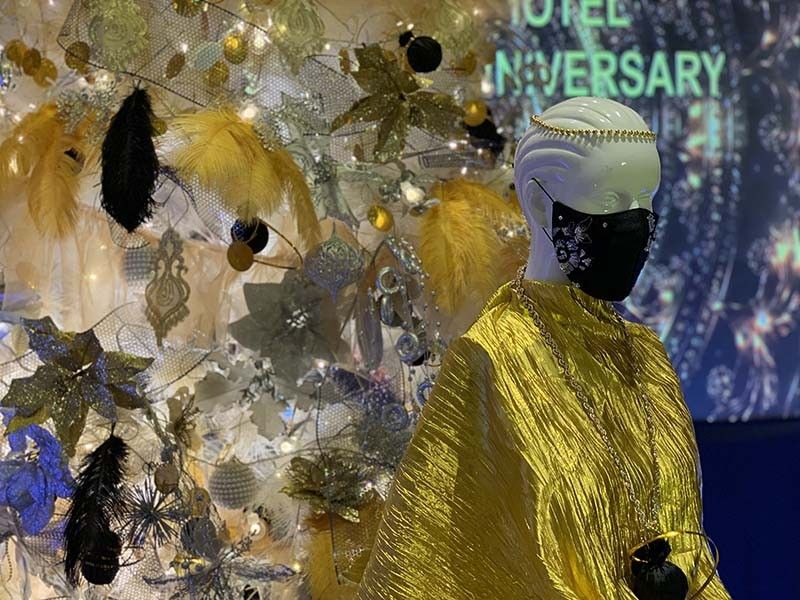 IN A “The Great Gatsby”-inspired affair, Savoy Hotel Mactan Newtown brought out the opulence of the holidays with glitz and glamour during its first anniversary celebration.

On Nov. 12, 2020, the hotel hosted an intimate gathering not only to usher in the yuletide season but also to commemorate an important achievement.

“To celebrate our first anniversary during such unprecedented times is a milestone,” said general manager Mary Grace Bartolome.

Aside from thanksgiving, it was also a night of giving back.

The highlight of the event was a fashion show for a cause dubbed “Safe and Style,” a live and virtual auction for the benefit of the hotel’s employees who are on furlough.

The show featured stylish designer face masks modeled by some of the hotel’s own associates.

Keeping up with the theme, Savoy Hotel’s Christmas tree this year—designed by Cebuano designer Dexter Alazas—is decked out in luxurious elements like feathers, metallics and even mannequins.

Since it opened in 2019, the 18-storey Savoy Hotel has been the biggest hotel in Mactan in terms of number of rooms, and has become a prime choice for business and leisure accommodation. / CHRISTIAN B. QUILO