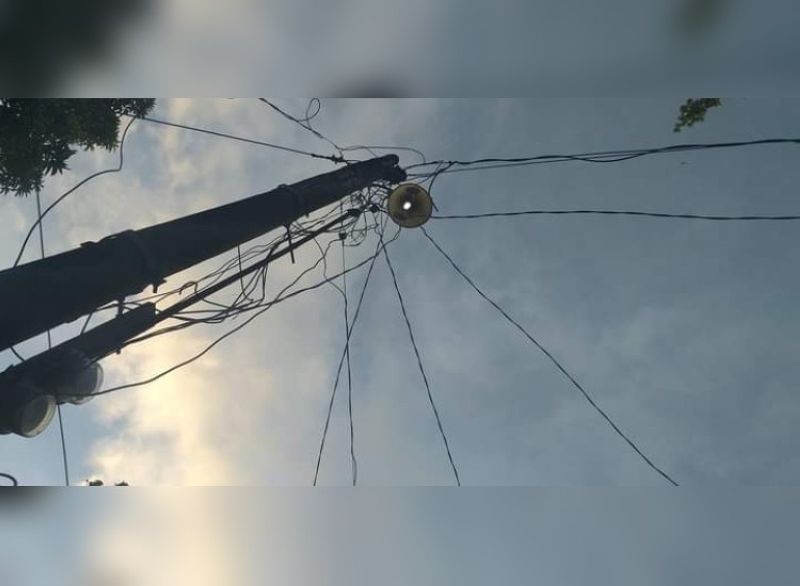 BACOLOD. The Central Negros Electric Cooperative announces an increase of P0.7163 per kilowatt-hour in its power rate for November. (Erwin P. Nicavera photo)

ELECTRIC consumers of Central Negros Electric Cooperative (Ceneco) may incur higher bills as the cooperative announced an increase of P0.7163 per kilowatt-hour (kWh) in its power rate for this month.

The power distribution utility (DU) covers the largest number of electric consumers in Negros Occidental including those in Cities of Bacolod, Bago, Talisay and Silay and towns of Murcia and Salvador Benedicto.

Ceneco, in an advisory, said the rate hike is attributed to upward movement in generation, transmission, systems loss and other pass-through charges such as lifeline, senior and value-added tax.

The cooperative said part of the increase in generation charge is the recomputation of the Wholesale Electricity Spot Market (WESM) using the new formula for the Net Settlement Surplus for the period covering December 2019 to August 2020.

"Ceneco requested for a staggered payment of the P32.9 million but was declined by the WESM considering that ERC Advisory on the implementation of the Bayanihan to Recover as One Act allowing staggered payments was only issued last October 29," it added.

Claro said only P1.1866 per kWh of the power rate goes to Ceneco through Distribution, Supply, Metering (DSM) Charges and Reinvestment Fund for Sustainable Capex (RFSC) for its administrative and operational services.

"Since 2010, Ceneco's DSM and RFSC rate has not increased," she said, adding that in monitoring the monthly electricity usage, consumers are advised to look at their kilowatt-hour consumption and not the amount.