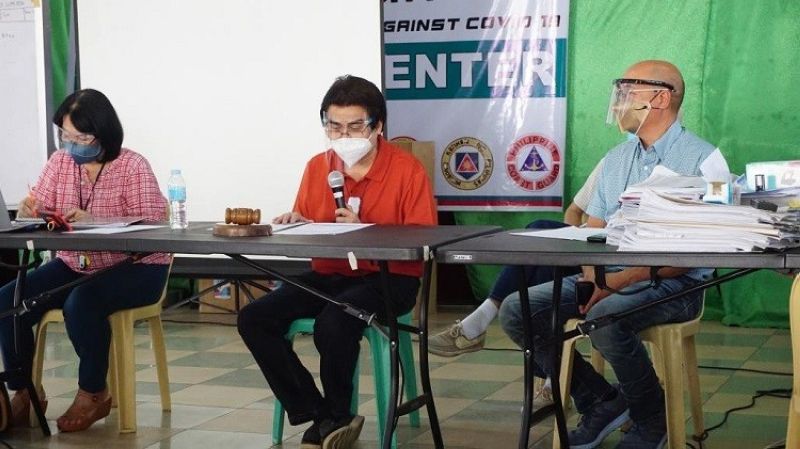 Leonardia said that it was by God’s grace that Bacolod was spared of these calamities wrought by climate change and it is the civic duty of citizens to reach out and help in whatever way to local government units in Luzon that have been hit hard by these typhoons that struck one after another.

The League of Cities of the Philippines (LCP), led by Leonardia as the national president, will determine which LGUs will avail of the Bacolod donation after it will be combined with donations from other cities that will participate in the nationwide fund drive now being undertaken by the LCP.

Aside from the financial assistance, the City Government has also organized a drive to facilitate private sector donations in kind for typhoon-struck provinces, particularly Isabela, Cagayan and Tuguegarao.

This is through the Bayanihan Center located at the Tourism Satellite Office (near SM City).

In a related development, Councilor Ayesha Joy Villaflor, president of the Sangguniang Kabataan (SK) Federation of Bacolod, with the help of Councilor Cindy Rojas, has organized a multi-sectoral donation campaign for victims of the recent typhoons. Villaflor has partnered with Saranggola Dream Project and PassFast, with the latter providing free shipping for the donations.

Donations in kind can be dropped off at Villaflor’s office on the 2nd floor of the Bacolod City Government Center.

Villaflor said they will ship the next donations on Monday, November 23.

For inquiries on how to donate through Villaflor’s office or if one wishes Villaflor’s staff pick up their donations, one can contact 0908-546-7135. (PR)