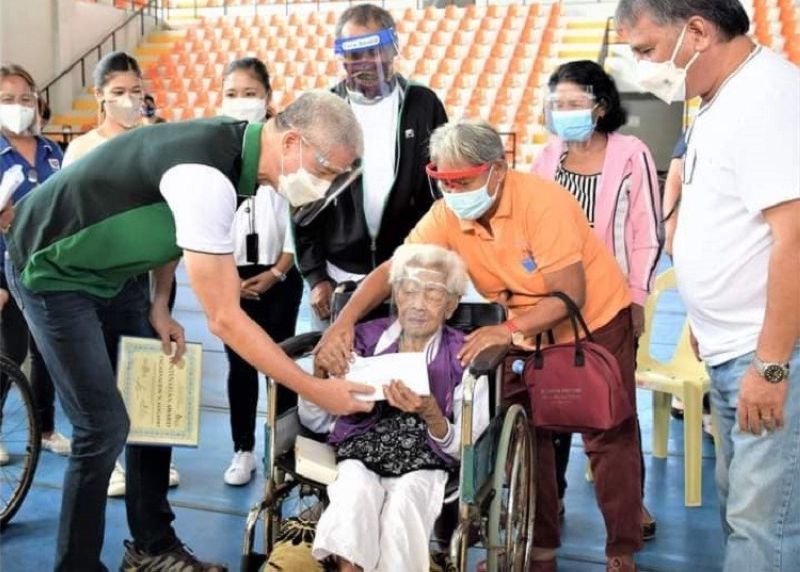 They were also given Certificates of Centenarian Award.