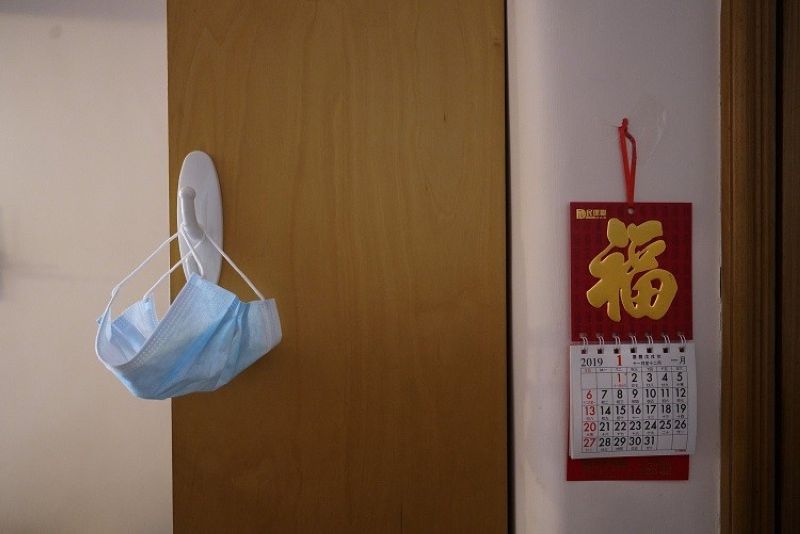 DAVAO City Mayor Sara Duterte-Carpio clarified that the city has never allowed confirmed Covid-19 patients to undergo home quarantine but admitted there were some delays in transporting patients to temporary treatment and monitoring facilities (TTMFs).

This was the mayor's response to the recommendation of National Task Force Against Covid-19 (NTF) Chief Implementer Carlito Galvez Jr. to end the practice of home quarantine for Covid-19 patients as it contributes to community transmission.

Galvez, during a National Coordinated Operations to Defeat Pandemic (Code) Team meeting on Wednesday afternoon, November 18, made the recommendation after reviewing the surge of cases in the city.

He noted that the city’s TTMF is only 27.7-percent occupied, which means there are many who are home quarantined.

On Friday, November 20, 2020, Duterte-Carpio replied to the NTF's recommendation in her live radio interview, saying it was never the Covid-19 health response policy of the City to allow Covid-19 patients to undergo home quarantine.

Duterte-Carpio, who also attended the Code meeting, said present officials of the Department of Health-Davao Region (DOH-Davao) did not speak up to make a correction.

"I was expecting that [DOH-Davao] would correct that narrative or direction of the conversation, but they never did. So, nihilom na lang nako. (I did not speak.) But the home quarantine has never been a policy of the City Government,” she said in her live interview via 87.5 FM Davao City Disaster Radio.

The mayor also apologized for not speaking up during the meeting. She said the public is aware that the City has never recommended that positive patients go on home isolation.

The mayor, however, admitted that there are cases when a positive patient was not immediately transported to the city's TTMF due to coordination problems.

"There may have been positive patient nga wala makuha dayon (that are not being transferred immediately.) It took us several days," she said.

The mayor cited the previous complaints of long queues inside the Southern Philippines Medical Center (SPMC) isolation, as patients have to be assessed by doctors on where they will be brought to.

Duterte-Carpio also said there is a “systematic problem” in the implementation of a house lockdown, resulting in the delay of the provision of assistance to affected households.

This was in response to queries of the media during her interview on Friday, November 20, the same day the city shifted back to general community quarantine (GCQ), following the recommendation made by the National Task Force (NTF) Against Covid-19 due to continuing rise in coronavirus infections in the city.

The mayor said there will be a granular lockdown or "barangay, purok, or compound lockdown" on areas with clustered Covid-19 transmission.

(The granular lockdown is a mini-ECQ, but it will only be imposed on certain areas with existing clustering of cases and with a high transmission of cases, which will be seen based on the addresses of the confirmed positive patients.)

The city is currently focused on house lockdown, enforced to a residence of a confirmed positive patient.

The mayor said household members under this lockdown would have to wait five to seven days before they will be swabbed. An immediate swabbing will be conducted if the close contact will exhibit signs and symptoms of the coronavirus infection.

"As of karon, wala tay dagkong lockdown (As of now, we do not have wide lockdowns). We only have house lockdowns," she said.

In terms of ration assistance, the mayor admitted there may have been lapses in the City's Covid-19 protocols, resulting in delays in the distribution of relief goods.

She said there are instances where either the district health office, the barangay (under the supervision of the district health), or the Davao City Task Force Covid-19 spearhead the lockdown, which resulted in the delays of the ration distribution to the affected households.

"Usahay madugay og endorse sa CSWDO [City Social Welfare and Development Office] kay lain-lain naga-initiate sa lockdown and that is something na gina-correct sa Task Force Covid-19 karon (Because of the various personnel or task force initiating the lockdown, there are instances that this would result to the delay of endorsement to the CSWDO. But the Task Force Covid-19 is now addressing this)," the mayor said.

Duterte-Carpio said the Code Team will be deploying its members from Bacolod and Cebu to Davao City next week to assist in the implementation of the strict measures, particularly in assessing the areas needed to be placed under granular lockdown.

She said once they arrive, the City Government will let the Code team decide on what areas are needed to be locked down.

The mayor said a wider granular lockdown might be expected, depending on the Covid-19 situation on the ground.