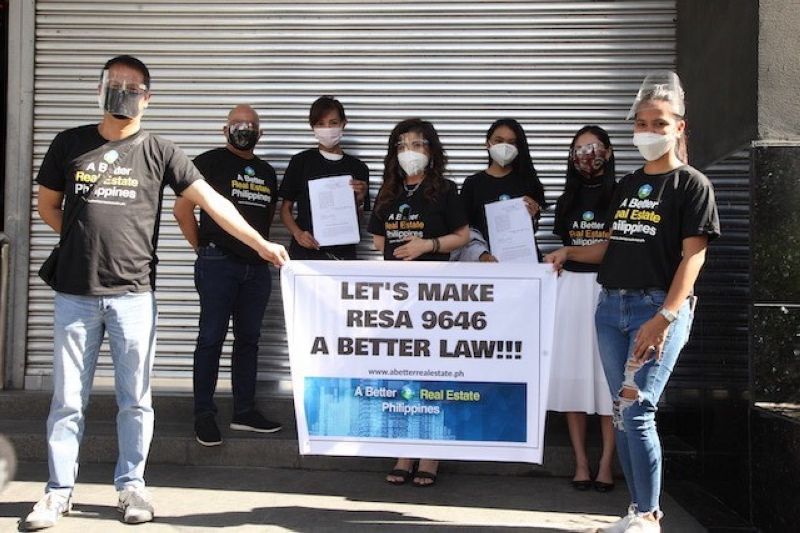 IN ORDER to address the 6.75-million-unit housing backlog, which approximates that around one in five Filipinos lacks access to a decent and formal home, real estate industry representatives revamped efforts to amend the Real Estate Service Act of 2009 (Resa) through the filing of a class-action Petition for Declaratory Relief on Tuesday, November 17, 2020, at the Makati Regional Trial Court.

Filed by members of A Better Real Estate Philippines (Abrep), a movement that seeks to promote inclusivity and the use of technology in the industry, the petition aims to formally identify what Abrep President Anthony Leuterio calls the “anti-poor, anti-Pinoy, and anti-technology” provisions of Resa.

“Resa is anti-poor because it forces unnecessary educational requirements that drive the cost of becoming a practitioner astronomically high,” Leuterio said during Tuesday’s press conference where he was joined by some of the largest real estate groups in the Philippines, including the Chamber of Real Estate Builders’ Association (Creba), the National Real Estate Association (NREA), and various other developer representatives.

Leuterio pointed out that under Section 14 of Resa, applicants for the Professional Regulation Commission’s (PRC) broker licensure exam are required to hold a four-year degree in Bachelor of Science in Real Estate Management (BSREM).

According to Leuterio, this is an unnecessary educational requirement that needlessly drives up the cost of becoming a real estate broker. The degree alone can cost up to P300,000 to complete, making it the most expensive and onerous broker licensure process in the world. As an alternative, he suggests decreasing BSREM’s units to those that are required to practice.

The overlapping regulatory authority between the PRC and the Department of Human Settlements and Urban Development (DHSUD) created by Resa not only makes the process of licensure inefficient, but it also exposes potential practitioners to redundant registration costs.

Fewer available practitioners in an industry that is already notorious for fluctuating employee retention rates, Leuterio said, will only aggravate the backlog, which the DHSUD has previously stated will balloon to approximately 22 million by 2022 if unaddressed.

“Our intent with the filing of the petition for Declaratory Relief is to start overhauling the industry’s regulatory framework to make the profession more inclusive and accessible,” said Abrep partner and legal advisor Atty. Estrella Elamparo.

One of the most controversial provisions in Resa, Section 32, requires that corporations have at least one licensed broker for every 20 accredited salespersons, a provision that Elamparo said is “arbitrary” and was not deliberated upon according to House and Senate records.

This is not the first time that Resa has been challenged. Creba also attempted to get lawmakers to pay attention to amendments in previous years. Creba National President Noel Cariño emphasized that the provisions not only affect practitioners but also developers.

“We are not anti-regulatory, but the problem lies in the 1-is-to-20 provision. Where did you get that number?” said Cariño. “Now, we are saying tech will allow you to reach as many people as you want, but how can you say that the ‘magic 20’ will ensure optimal real estate marketing?”

The 1-is-to-20 rule also has implications surrounding the development and use of technology in the real estate industry, Leuterio said. The Abrep president suggested that there have been cases where web platforms designed to connect salespersons to buyers have been misconstrued as being structured the same as traditional brokerage firms. As a result, salespersons have allegedly been falsely accused of violating the 1-is-to-20 rule.

“Risa is anti-technology as it was crafted in the pre-automation era, at a time where we couldn't imagine the level of technology we have now,” Leuterio said.

Leuterio also highlighted Resa’s failure to promote equal opportunity for local real estate practitioners, stating that the law’s stringency has resulted in much of the industry going underground, resulting in a breeding ground for colorums. (PR)