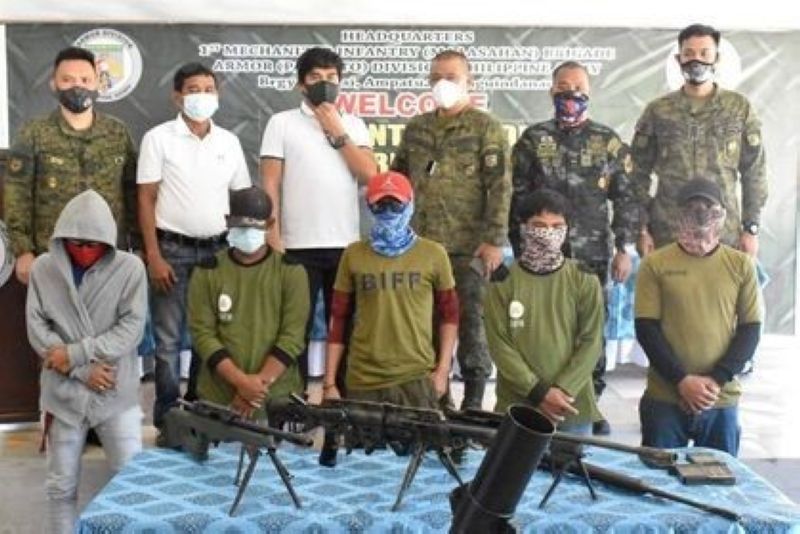 ZAMBOANGA. A leader of the Bangsamoro Islamic Freedom Fighters (BIF) and five followers surrender Friday, November 20, in Maguindanao as they wish to live a peaceful life. A photo handout shows five of the six surrenderers join in a picture taking together with military officials after they surrender. (SunStar Zamboanga)

SIX Bangsamoro Islamic Freedom Fighters (BIFF), including a mid-level leader, have surrendered to the government as they wish to live peaceful and progressive lives, officials said Saturday, November 21, 2020.

“This influx of BIFF surrender is a result of the continuing offensives coupled with the non-combat operations launched by the Joint Task Force Central,” Vinluan said.

From January 2020 to date, a total of 191 officials and members of the BIFF were disarmed through surrender, most of whom already benefited from the livelihood programs of the government and are now living peacefully with their loved ones.

Amino said during the debriefing that they decided to end their armed struggle because their manpower and capability are continuously dwindling and they are tired of moving from one place to another trying to get out of hock.