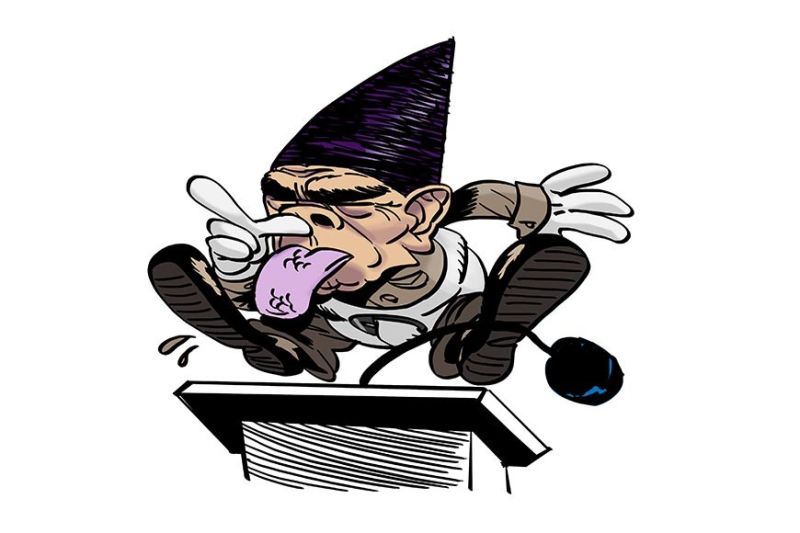 THE American stand-up comedian Dave Chappelle will make you think several things, among them just how open-minded you really are.

Two weeks ago, Chappelle hosted the first SNL episode after the US elections and got mostly great reviews. But it wasn’t his most controversial show at all. It probably wasn’t meant to be. In fact, his sign-off included the call for all Americans to “find a way to forgive each other.”

To get a better idea of how sharp Chappelle can get, if you hadn’t heard his material already, you could watch a few specials he did years ago on Netflix. Of the ones I saw, “The Age of Spin” stands out and not only because it’s the show where Manny Pacquiao gets briefly mentioned. Good comedians compel you to think about a complex matter by making you laugh at it. Great ones do so without oversimplifying that matter.

It’s not always the uncomplicated laughter that toddlers or slapstick comedy acts inspire, but you do laugh. You may be a little uncomfortable when you laugh but you can’t help yourself. Chappelle says things that most people would consider unspeakable. His language alone would put off maybe 80 percent of the people I know. But then one of the lesser-known gifts of growing older is that you do learn to let people be, no matter how much you may disagree with them or how much their choices and opinions may surprise you.

Maybe part of Chappelle’s appeal is that we’re in the same age bracket. So, when he talks about living through a time when you had to answer a phone to know who was calling, I know what he means. When he explains why Bill Cosby’s fall from grace was so disorienting, I have an idea of what he means. “The Cosby Show” was one of the few sitcoms I was allowed to watch on TV as a teenager. When the news broke out about the sexual assault charges that had been raised against Cosby, it was difficult to reconcile funny and dependable “Dr. Huxtable” with the predator the charges made him out to be.

Now it seems that while I was enjoying Chappelle’s shows, some of the citizens I follow on social media were upset about a business owner and vlogger from Butuan City. Apparently, the young woman had said some things on Tiktok about people who were looking for good leadership in the wake of some recent calamities.

Neither the questions the people asked nor the vlogger’s reactions to them were unusual, in themselves. These were not so different from the things other citizens have written or recorded in their own social media accounts or mainstream media spaces. Yes, she faked an accent in some of her videos but that is entirely her business, isn’t it? Maybe she and her followers find that entertaining.

For some reason, though, this particular vlogger’s comments had drawn a lot of attention. More than a decade on social media has taught us that attention can come from likeability, notoriety, or real achievement. How one responds to the attention, what one does with it, is the real test.

All of a sudden, people this business owner had probably not met before were mocking her, calling her stupid, or sharing stories (real or imagined) about her university days and her family on social media. This attention probably wasn’t all bad for her business, come to think of it, yet it can’t have been entirely pleasant either.

Here’s what all this exposure to Dave Chappelle is starting to teach me. If we’re to have any hope of understanding people whose opinions differ from ours, we all need to first let go of this compulsion to change other people’s minds. No, really. We could simply turn away, watch some other person’s Tiktok feed, or perhaps read a book. That’s the easy and obvious choice.

The more difficult choice, and this is the one that usually involves the people we love or work with or want to stay friends with, is to be open-minded enough to really listen to those whose beliefs and opinions differ from ours. To remember we are all complex and challenging creatures, gifted with the ability to change our minds. To find something we can all laugh about, somehow, without reducing one another to a punchline.