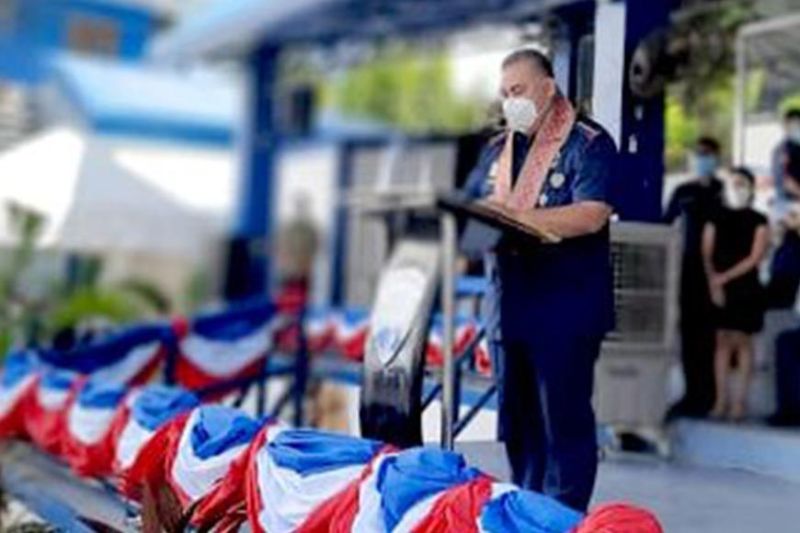 “The ‘no take policy’ of illegal funds from drugs, illegal gambling, smuggling and other unscrupulous businessmen continues,” Sinas told reporters during a visit to the Police Regional Office (PRO) 7 headquarters in Cebu City on Saturday, Nov. 21, 2020.

Sinas was in Cebu to hold a thanksgiving activity following his appointment earlier this month. He was director of PRO 7 until he was assigned at the National Capitol Region Police Office in October last year.

Sinas said his campaign to cleanse the PNP of police officers involved in illegal activities will continue in a grander scale.

He said he will also reward police officers who show outstanding service in their work.

The police official said he started dreaming of becoming PNP chief when he was assigned to the PRO 7 in 2018.

Sinas said he never thought President Rodrigo Duterte would choose him to lead the PNP, but he promised the latter that he would continue the administration’s war against illegal drugs.

Prior to his other engagements in Cebu, Sinas paid a courtesy call on Presidential Assistant for the Visayas Secretary Michael Lloyd Dino.

Dino thanked the PNP chief for choosing Cebu as the venue for his thanksgiving.

“I have worked with General Sinas and his promotion gives me so much happiness knowing what he can do for his organization,” Dino said.

“I am a testament to your dedication to public service. Your appointment is well deserved,” he said.

Sinas and Labella worked together during the latter’s stint as vice mayor and during his transition as mayor after the 2019 elections.

Cebu City Councilor Joel Garganera, who was the former chairman of the Police Advisory Council, also praised Sinas for his innovativeness, especially during the Sinulog festival celebration. (AYB, PR / JKV)