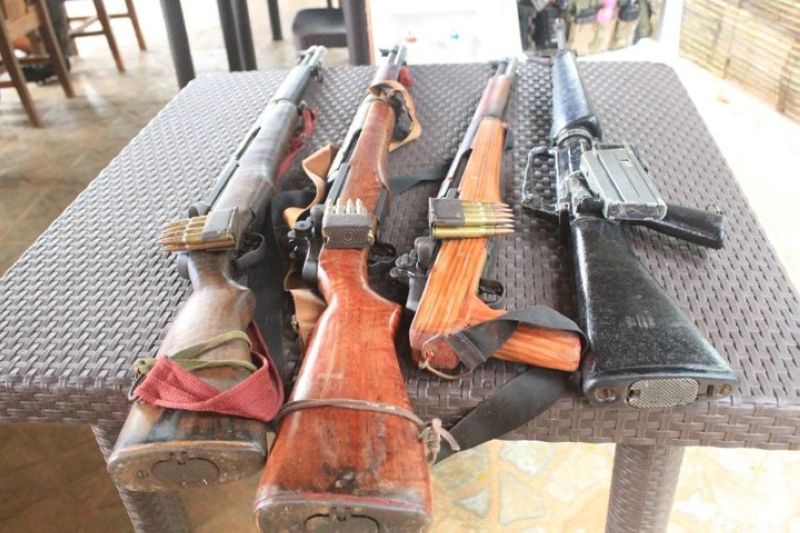 FOUR Abu Sayyaf bandits have surrendered to the government in the provinces of Sulu, military officials said Sunday, November 22, 2020.

Vinluan said the four surrendered around 9 a.m. Saturday, November 21, 2020, to the troops of the 6th Special Forces Battalion in Buhanginan village, Patikul.

During the debriefing, Vinluan said the four Abu Sayyaf surrenderers revealed that their group was greatly weakened by the neutralization of their leaders and comrades.

“The successful surrender was made possible through the relentless mass base operations of our soldiers and intelligence operatives,” said Lieutenant Colonel Rafael Caido, 6th Special Forces Battalion acting commander.

The Abu Sayyaf surrenderers were subsequently presented to Brigadier General Ignatius Patrimonio, commander of the 1102nd Infantry Brigade, at the unit headquarters in Camp Bud Datu in Tagbak village, Indanan.

Patrimonio is happy to note that the four decided to surrender to live a peaceful life.

He said the surrender of the four is a manifestation that the 1102nd Infantry Brigade is on the right track in its desire to end terrorism in Patikul.

“Help us inform the remaining members of the ASG (Abu Sayyaf Group) to do the same while it is not yet late for them. Together, let us bring back the peace and progress in Sulu, which we can all be proud of,” he told the four Abu Sayyaf surrenderers.

Major General William Gonzales said military measures will continuously be undertaken while non-military actions are also being intensified to address security challenges in the province of Sulu. (SunStar Zamboanga)