Davao City GCQ might be extended until end of 2020 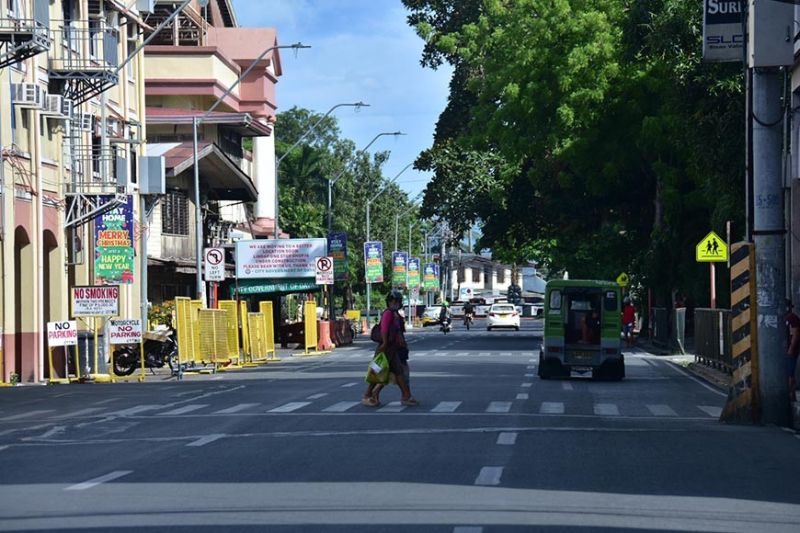 DAVAO City Mayor Sara Duterte-Carpio told Dabawenyos to set their expectations as the general community quarantine (GCQ) status in the city might be stretched until the end of 2020.

The Inter-Agency Task Force on the Management of Emerging Infectious Diseases (IATF) on Friday, November 20, 2020, reverted the city back to GCQ from modified general community quarantine (MGCQ) due to the continuing spike in coronavirus cases.

The GCQ classification will end on November 30. However, Duterte-Carpio said there is a huge possibility that the IATF will extend it for a month.

"Mas maayo nga i-andam na lang nato atong kaugalingon nga we will still be under GCQ classification for the month of December," the mayor said on Friday in an interview via 87.5 FM Davao City Disaster Radio.

The city's GCQ status was also based on the recommendation made by the National Task Force (NTF) Against Covid-19 led by Chief Implementor Secretary Carlito Galvez Jr.

Melquiades Feliciano, deputy chief implementer of the National Task Force (NTF) Against Covid-19 for the cities and Bacolod and Cebu, has been assigned to head the Coordinated Operations to Defeat the Epidemic (Code) teams that will be deployed in Davao City to assist in the response activities.

The city started being under community quarantine in mid-March this year, following the first recorded coronavirus case in the entire Davao Region.

The city shifted to enhanced community quarantine (ECQ), the highest quarantine status classification, after the first recorded community transmission in April, then to GCQ from May 16 to June 30 and MGCQ from July 1 to November 20.

The gradual spike in Covid-19 cases was observed when the city was under MGCQ, which was attributed to the eased quarantine restrictions and the supposed low compliance of the public on the minimum health standards.

Based on the Department of Health (DOH) data, Covid-19 cases surged further beginning mid-October, where the city had topped in the cities and municipalities with the most number of Covid-19 cases.

The mayor said the city will further intensify its quarantine restrictions as it reverted to GCQ.

Duterte-Carpio said granular lockdowns will still be imposed but will now be assessed by the Code team.

Prior to the shift to GCQ, the city had already reimposed some of the quarantine measures. These included the curfew, which the mayor on Friday also adjusted to 9 p.m. to 4 p.m.

Also reimposed are the 24-hour liquor ban and the mandatory use of the food and medicine (FM) pass.

The city was also declared as a restricted local government unit (LGU), approved by the Regional Inter-agency Task Force. This declaration prohibited non-essential travel to the city to protect not only the residents but also neighboring LGUs from the continuing surge of Covid-19 cases.