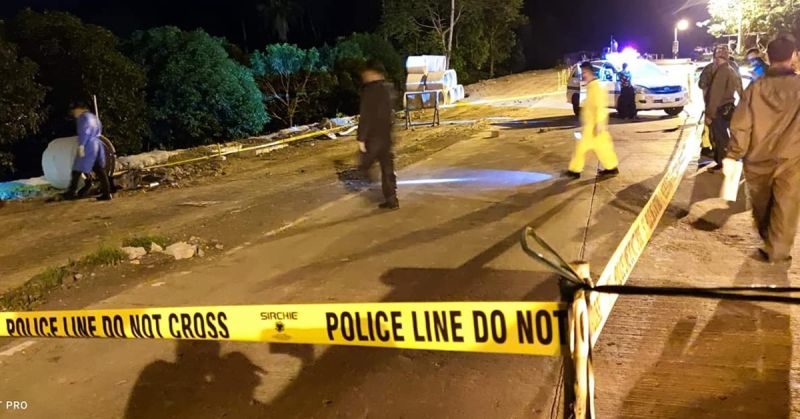 AN ARMED suspected "motornapper," who was also the suspect of the brutal killing of a member of the lesbian, gay, bisexual and transgender (LGBT) community, was killed in a police encounter on Saturday, November 21, 2020.

In a report from Precinct 3 of the Talomo Police Station, the slain suspect was identified as Mossannip Jumdaine alias Kyle Eroy/Masanip Jumdaine, 20, resident of Purok 75, Muslim Village in Bangkal.

According to police, the armed suspect avoided the patrolling officer, which resulted in a police encounter around 2 a.m.

Police Major Sean C. Logronio, PS3 Station commander, said police officials were patrolling in the area when they saw a suspicious-looking person aboard a blue Honda XRM motorcycle without a plate number.

Logronio said this prompted police officers to call the Compact Base to check the description of the stolen motorcycle that had been recently reported missing.

Upon confirmation that the motorcycle sighted matched with the reported stolen vehicle, the patrol team attempted to approach the suspect's direction. Before the police were able to come near the suspect, the latter fired his gun at the patrolling team.

The suspect sped away towards Bypass Road in Talomo, prompting police officers to call for back-up.

He said the suspect was cornered after his motor lost control and crashed onto the pavement.

"The police crew of the Innova Patrol tried to convince the suspect to surrender, however, he resisted and tried to shoot it out again to the police which prompted the latter to return fire, hitting the suspect," Logronio said.

Jumdaine was immediately rushed to the Davao Adventist Hospital but was pronounced dead on arrival.

During the body search witnessed by the hospital staff, the police were able to recover sachets of suspected shabu.

Initial investigation revealed that the motorcycle recovered was the same motorcycle reported missing around 9 p.m. of November 20 at Relief Bridge in Bangkal.

Logronio said the owner had been informed of the recovery of his stolen motorcycle, while the name appearing on the other recovered OR/CRs is being contacted for possible identification of his alleged missing single motorcycle.

The suspect's cadaver was claimed on Saturday morning by his mother, who confirmed his identity.

Police said Jumdaine was also the suspect for the brutal killing of John Lesther Sanchez Quirog, a sales clerk of a major beauty chain store found lifeless at Ulas Bridge on March 16 this year.

A murder case was already filed against him and his companions.

The motive of the killing is still undetermined, as of Sunday evening.

The slain suspect, along with his companion, also had a pending case in court for carnapping on November 15 this year.

Barangay officials in Talomo also attested that Jumdaine was involved in a series of robberies and “akyat bahay” activities in the area and is also known for his involvement in illegal drugs.

Presidential Commission for the Urban Poor Supervising Commissioner for Mindanao Norman Baloro, a well-known LGBT advocate, posted on the same day on his Facebook account that the incident served justice to the death of Quirog.

"The incident also reminds us of respecting the lives of others and that at any time, karma is always around," Baloro said.