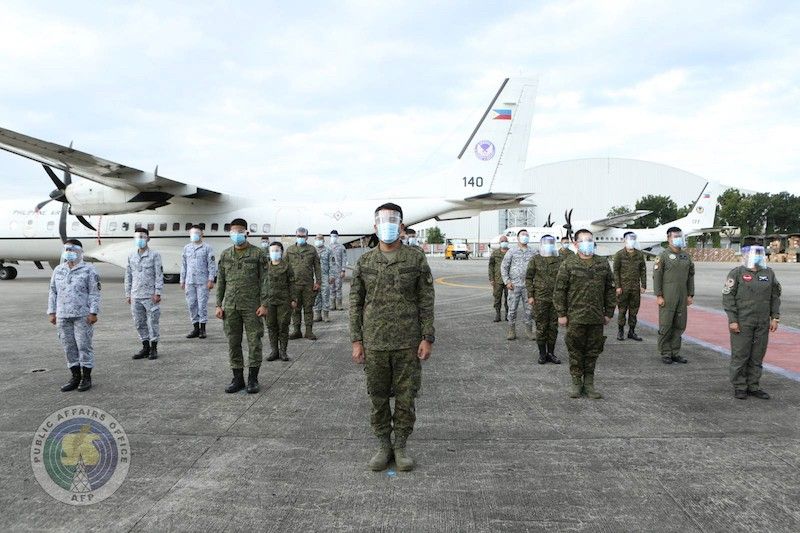 THE Armed Forces of the Philippines (AFP) on Monday, November 23, 2020, sent a 25-member medical team to Davao City to assist the local government unit in its coronavirus disease 2019 (Covid-19) response.

In a statement, the AFP said all members of the medical team underwent swab testing and flu vaccination prior to their flight at 8 a.m. Monday via Philippine Air Force C130 aircraft.

Davao City has been classified as a “restricted LGU” and reverted to general community quarantine (GCQ) until November 30, 2020 following a surge in new coronavirus infections.

Davao City Mayor Sara Duterte-Carpio said the GCQ classification may be extended until the end of the year 2020.

As of November 20, Davao City had 5,652 total infections. The city has also topped several times the Department of Health (DOH) list of cities and provinces with the highest number of new cases a day.

The Eastern Mindanao Command (Eastmincom) will assume operational control of the medical teams upon their arrival in Davao City.

Eastmincom will provide billeting, security, and service support for the contingent during the duration of their deployment.

“We are tirelessly working together since the COVID pandemic started, the continuous and collective efforts of the Armed Forces of the Philippines have all yielded fruitful results as we are able to provide medical service despite the growing challenges in our society,” AFP spokesperson Major General Edgard Arevalo quoted the message of AFP Chief of Staff Gilbert Gapay.

“This signifies that we are able to be deployed in different areas where our services and assistance are very much needed, your armed forces assures the people that it is our duty to help the national government and its efforts to contain the virus in the country,” he added.

As of November 23, the AFP said it has deployed over 2,000 doctors, nurses and military medical auxiliary in Covid-19 treatment and quarantine facilities nationwide.