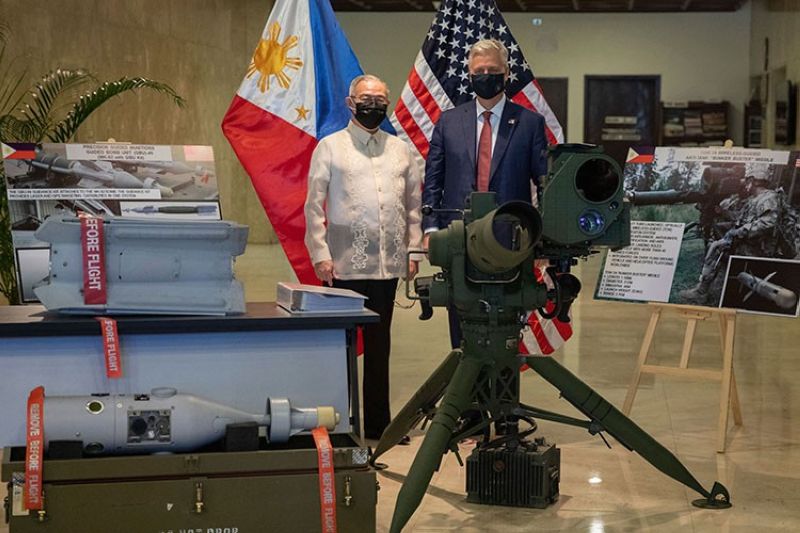 PRESIDENT Donald Trump’s administration provided precision-guided missiles and other weapons to help the Philippines battle Islamic State group-aligned terrorists and renewed a pledge to defend its treaty ally if it comes under attack in the disputed South China Sea.

National Security Adviser Robert O’Brien represented Trump in Monday’s (November 23, 2020) ceremony at the Department of Foreign Affairs in Manila, where he announced the delivery of the cache of missiles and bombs to the Philippine military.

Trump pledged to provide the $18 million worth of missiles in a phone conversation with President Rodrigo Duterte in April.

O’Brien expressed condolences to the Philippines after back-to-back typhoons left a trail of death and devastation in the country and outlined US help to the country battle the coronavirus pandemic.

The US assistance projects normalcy in Washington’s foreign relations as Trump worked to challenge the results of the November 3 presidential election, claiming he was a victim of fraud. Duterte had asked Filipino Americans to vote for Trump but congratulated Joe Biden, through his spokesperson, for winning the election.

O’Brien has represented Trump in a recent online summit between the US and leaders of the Association of Southeast Asian Nations and an expanded East Asia summit of heads of state attended by China and Russia that was also held by video and hosted by Vietnam.

In his remarks at the turnover of US missiles in Manila, O’Brien cited the Trump administration’s role in the defeat of the Islamic State group in the Middle East and last year’s killing of its leader, Abu Bakr al-Baghdadi, in Syria, and renewed its commitment to help defeat IS-linked militants in the southern Philippines.

“President Trump is standing with President Duterte as we combat ISIS here in Southeast Asia,” O’Brien said. “This transfer underscores our strong and enduring commitment to our critical alliance.”

He expressed hope for the continuance of a key security agreement that allows American forces to train in large-scale combat exercises in the Philippines. Duterte moved to abrogate the Visiting Forces Agreement with the US early this year but later delayed the effectivity of his decision to next year, a move welcomed by O’Brien.

He said the US stands with the Philippines in its effort to protect its sovereign rights in the South China Sea. The Philippines announced last month that it would resume oil and gas explorations in or near the Reed Bank, which lies off the country’s western coast but is also contested by China.

He repeated US Secretary of State Mike Pompeo’s statement early this year that “any armed attack on Philippine forces aircraft or public vessels in the South China Sea will trigger our mutual defense obligations.” The allies have a 69-year-old mutual defense treaty.

In July, Pompeo escalated the Trump administration’s attacks against China by declaring that Washington regards virtually all Chinese maritime claims in the disputed waterway as illegitimate. China angrily reacted by accusing the US of sowing discord between Beijing and neighboring Asian states. (AP)