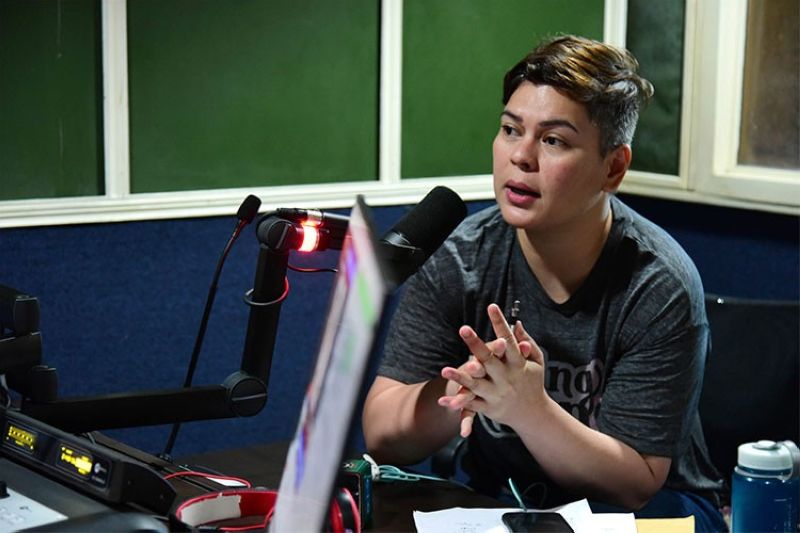 DAVAO City Mayor Sara Duterte-Carpio accepted the apology of National Task Force (NTF) Against Covid-19 chief implementer Carlito Galvez Jr. on Monday, November 23, 2020, after she refuted his statement on home quarantines causing the surge of Covid-19 cases in the city.

This comes after Galvez issued an official statement apologizing to the mayor, and at the same time lauded her aggressive efforts of the City Government to ramp up its health system capacity as part of its coronavirus disease (Covid-19) response.

"Actually, wala man ko nangayo sa ilahang apology but thank you nga nag-apologize siya. But it was not really his fault tong nahitabo during the meeting. So dili angay mag-apologize si Sec. Galvez (Actually, there was no need for him to apologize but I am accepting his apology. But it was not his fault of what happened during that meeting. I don’t think Sec. Galvez needs to apologize),” the mayor said in an interview via 87.5 FM Davao City Disaster Radio.

During the National Coordinated Operations to Defeat Pandemic (Code) Team meeting on Wednesday afternoon, November 18, Galvez said home quarantines were a factor in the increase in Covid-19 cases in Davao City.

Galvez made the observation after noting that the temporary treatment and monitoring facilities in Davao City were only 27.7 percent occupied.

He said this meant that many of those infected with Sars-CoV-2, the virus that causes Covid-19, were possibly undergoing quarantine in their homes.

“As a matter of national policy, home quarantine is no longer allowed, as this has been identified by recent scientific studies to be among the leading causes of the spike in Covid-19 cases in various parts of the country,” Galvez said.

Duterte-Carpio clarified on Friday, November 20, that it was never the City Government’s policy to impose a home quarantine for confirmed Covid-19 patients.

The mayor added it was not his fault since everyone was focused on the presentation during the meeting.

Duterte-Carpio called out the officials of the Department of Health (DOH)-Davao Region for not speaking up and correcting Galvez.

"I was expecting that [DOH-Davao] would correct that narrative or direction of the conversation, but they never did. So, nihilom na lang nako (I did not speak) But the home quarantine has never been a policy of the City Government,” she stressed in her live interview via 87.5 FM Davao City Disaster Radio on Friday.

The mayor confirmed in her recent interview that DOH-Davao officials reached out to her following her statement but did not give further details on what they told her.

Duterte-Carpio, meanwhile, said the Code team will be in the city within the week to help assist the city in its Covid-19 response.

“I would like to take this opportunity to sincerely apologize to Mayor Duterte-Carpio for whatever adverse impact our analysis of the Covid-19 situation in the city may have inadvertently caused on the people of Davao City,” Galvez said in a statement.

“Hearing Mayor Duterte-Carpio categorically declare that home quarantine is not only discouraged but (also) prohibited in Davao City is a concrete indication of the local government’s desire to effectively contain the spread of the disease and bring down the number of cases,” he added.

Duterte-Carpio issued the clarification in reaction to Galvez’s statement during a National Coordinated Operations to Defeat Pandemic (Code) Team meeting on November 18 that Davao City should stop allowing home quarantine.

The government is implementing Oplan Kalinga, which aims to recover coronavirus-positive persons from their homes and transfer them to temporary treatment facilities for isolation and medical treatment.

Davao City has been reverted to general community quarantine (GCQ) until November 20, 2020 because of the continuing increase in coronavirus infections. (With SunStar Philippines)