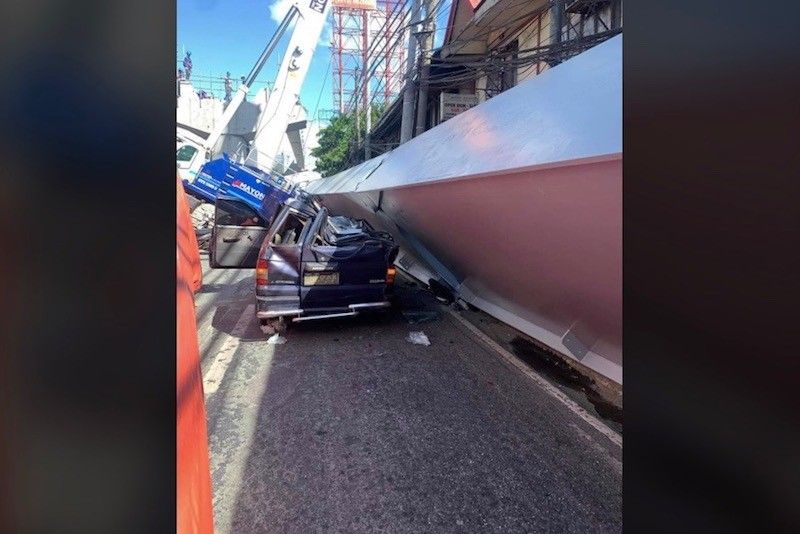 MANILA. A crane used in the Skyway Extension project hits a girder and causes it to fall, crushing six vehicles below on November 21, 2020. (Muntinlupa City Department of Disaster Resilience and Management)

THE Department of Labor and Employment (DOLE) has issued a work stoppage order against the Skyway Extension project to pave way for an investigation into the November 21 fatal incident.

DOLE spokesperson Rolly Francia said a new order issued by the DOLE-National Capital Region covers the entire stretch of the project from Susana Heights in Muntinlupa City to Sucat in Parañaque.

An initial order issued by the said office included only the site of the accident in Cupang, Muntinlupa City.

“Both the northbound and southbound leading to Susana Heights kaya ayon ‘yong hinihintay nating bagong order this afternoon,” he added.

He said the work stoppage order would be lifted only when the investigation is completed.

One person was killed and four others were injured when a crane hit a steel girder and caused it to fall, crushing six vehicles along the East Service Road on Saturday, November 21.

San Miguel Corporation, concession holder of the Metro Manila Skyway project, said the incident will delay the completion of the Skyway Extension. The target completion date was moved to February 2021 from December 2020.

The company and its president and COO, Ramon Ang, apologized for the incident and assured that the victims would be taken care of. Contractor EEI Corporation also vowed to provide assistance and investigate the incident.

The project aims to ease traffic jams in the southern part of Metro Manila. It will connect to the Skyway 1, 2 and 3, and allow motorists to bypass Alabang and Edsa in traveling between the north and the south. (SunStar Philippines)