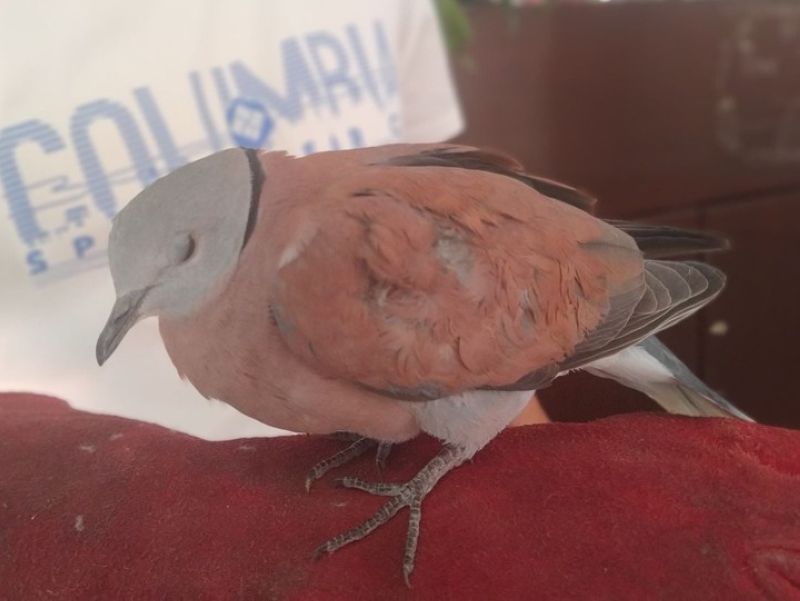 ZAMBOANGA. A concerned resident rescues and turns over a red collared dove, also known as red turtle dove, to the Department of Environment and Natural Resources in Zamboanga del Sur. A photo handout shows the dove was taken to the DENR Wildlife Rescue Center in Tukuran, where it will be rehabilitated before releasing it back to the wild. (SunStar Zamboanga)

A RED collared dove, locally known as tokmo, was rescued by a concerned resident in Pagadian City, the capital of Zamboanga del Sur province, an official said Monday, November 23.

Tan said Selem informed them that he was walking when he saw a dog playing "with some object."

Selem said he immediately rescued the dove when he discovered that the dog was harming a bird.

Tan said the rescued bird had an injury in its left wing.

Selem turned over the injured bird to the Provincial Environment and Natural Resources Office-Zamboanga del Sur.

Tan said the rescued fauna was then brought to the DENR Wildlife Rescue Center in Baclay, Tukuran, Zamboanga del Sur, where it will be rehabilitated before releasing it back to the wild.

The red collared dove, also known as red turtle dove, is a small pigeon. It is essentially a plain species, extending to Taiwan and the Philippines. (SunStar Zamboanga)