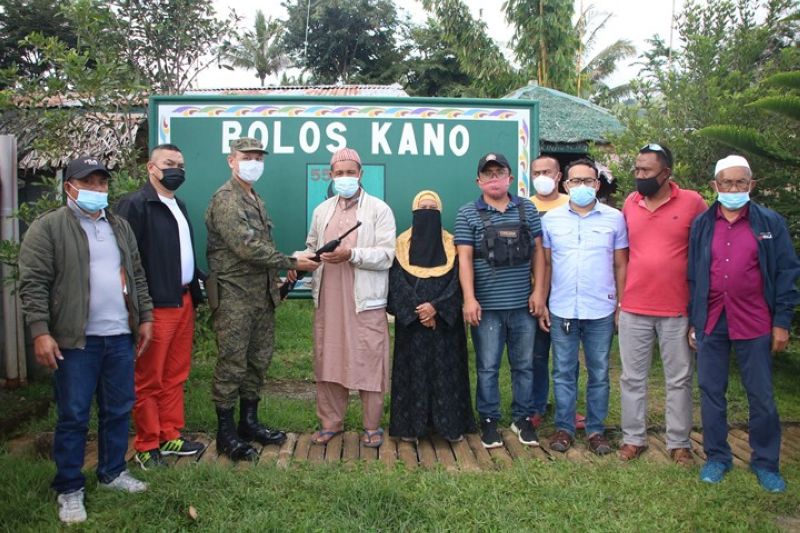 SEVEN supporters, who happened to be the parents and siblings of the Daesh-inspired Dawlah Islamiyah group leader, have surrendered in separate occasions to government authorities in Lanao del Sur, the military reported Monday, November 23.

He said they voluntarily surrendered Saturday, November 21, to Alano at the headquarters of the 55IB in Dilausan village, Madalum, Lanao del Sur.

The surrender of the parents and siblings of Abu Bakar was made possible by the help and collaborative effort of the 55IB, Municipal Government of Ganassi, Lanao del Sur and other concerned government agencies.

The 1st Infantry Division commander said that Abu Bakar is the current leader of the remaining members of the Dawlah Islamiyah in the province of Lanao del Sur.

Ponio said Abu Bakar was involved in series of clashes in Lanao del Sur, specifically in the towns of Sultan Dumalundong and Pagayawan, and is currently facing numerous criminal and administrative cases.

Meanwhile, the parents of Abu Bakar pleaded for the surrender of their son to the competent authorities.

"They are calling him and his members to lay down their arms and return to the folds of the law," Ponio said. (SunStar Zamboanga)