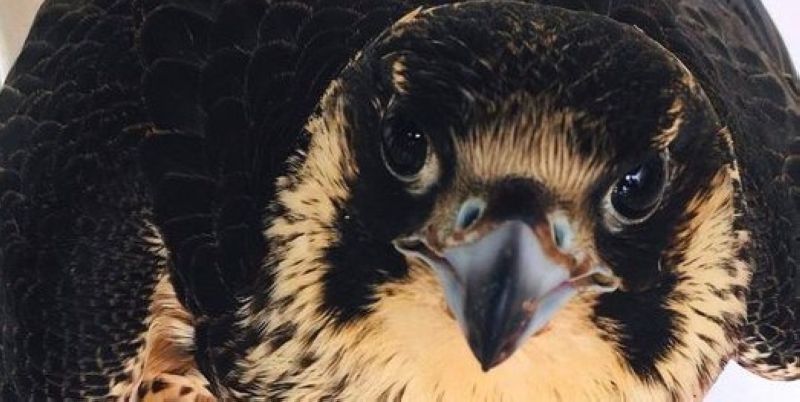 RESCUED FALCON. The rescued peregrine falcon in San Luis, Aurora, during the onslaught of Typhoon Ulysses in the province. (Contributed photo)

CITY OF SAN FERNANDO -- A peregrine falcon (Falco peregrinus) was rescued in San Luis, Aurora province during the onslaught of Typhoon Ulysses.

Study shows that the peregrine falcon is a well-respected falconry bird because of its strong hunting ability, high trainability, and versatility. Known as the wandering falcon, a peregrine falcon thrives in a wide variety of habitats, from coasts to high mountains.

The falcon was put under the custody of Cenro for care and shelter. It was later released into the forests of Aurora Memorial National Park after the falcon was found to be in healthy condition.