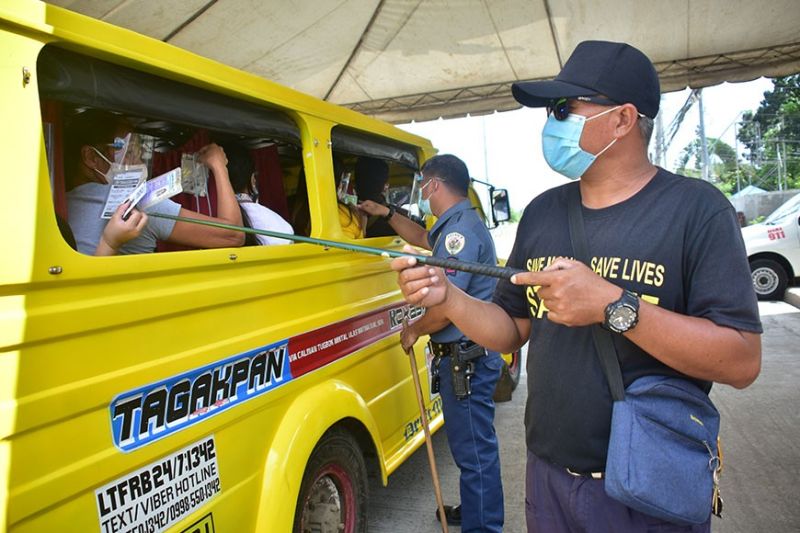 DAVAO City Mayor Sara Duterte-Carpio admitted that there was a disconnect between the city's imposed policies and its implementation on the ground, which drew ire and caused confusion among residents.

During a live interview on Monday, November 23, some listeners aired their complaints to the mayor after being apprehended by personnel of the Davao City Police Office (DCPO) for allegedly violating the non-essential travel despite securing necessary documents and conditions.

One listener, who went on biking on a Sunday, November 22, said they were arrested by the police despite being within the 10-kilometer radius from their residential address.

Duterte-Carpio, in response, said that non-contact physical exercises such as walking, jogging, and cycling are allowed, based on the November 19-version of the Inter-Agency Task Force for the Management of Emerging Infectious Diseases Resolutions (IATF) Omnibus guidelines. The said provision is also adapted in the City Executive Order (EO) 62.

With this, the mayor reminded the DCPO to review the IATF guidelines and the city's EO.

"It seems that there is an error in the implementation of the guidelines on the ground. We will just remind our Davao City Police Office nga basahon ang (to read the) Omnibus Guide," Duterte-Carpio said in an interview via 87.5 FM Davao City Disaster Radio.

The mayor said there is no vague order in the guidelines and EOs since the provisions are "clearly" stated.

EO 62 took effect on November 17, which aims to limit the non-essential movement of people, in order to control the spike of Covid-19 cases in the city.

A week after the FM pass was reimposed, some Dabawenyos experienced inconsistencies on its implementation on the ground.

Mina Domingo Bangayan, in a public Facebook post, said she was barred from a checkpoint in Bolton after failing to present her FM pass to checkpoint personnel, when, she says, she does not need an FM pass to have a car service appointment.

She said she presented her appointment confirmation text to them but they insisted on looking for her FM pass despite presenting her valid IDs and proof of appointment. She was even asked for a certificate of employment and barangay clearance.

"PLEASE... kung sino man ang in-charge or head ng mga checkpoints. Paki-briefing naman. Nakakahiya (To those in-charge on our checkpoints, please kindly brief your personnel on the guidelines. It is a shame)," Bangayan said.

Arjun, name withheld, was also barred from entering a money remittance center after failing to present his FM pass.

He said he badly needed the money to buy medicine for an emergency, but had to go to other centers. However, he still was not catered to because he did not have an FM pass with him.

Davao Light and Power Co. also announced on its Facebook page that their service centers will now be requiring FM passes. But it said their consumers can still pay through online.

Some in the comment section said this will only add burden to their consumers, especially those who do not have access to online payment.

Some major shopping malls in the city are also requiring FM passes, especially in grocery stores.

Duterte-Carpio said that while the FM pass shall be used for accessing food and medicine, it is still the prerogative of the establishments to impose it.

"It is under the prerogative of the offices or establishments, which is intended to further protect their employees and establishments," the mayor said.

Meanwhile, SunStar Davao reached out to DCPO Spokesperson Captain Rose Aguilar for comment on the mayor's recent pronouncement and complaints of some Dabawenyos on the inconsistent implementation on checkpoints but she has not yet responded as of press time Monday, November 23.