Mandatory use of QR code put on hold, again 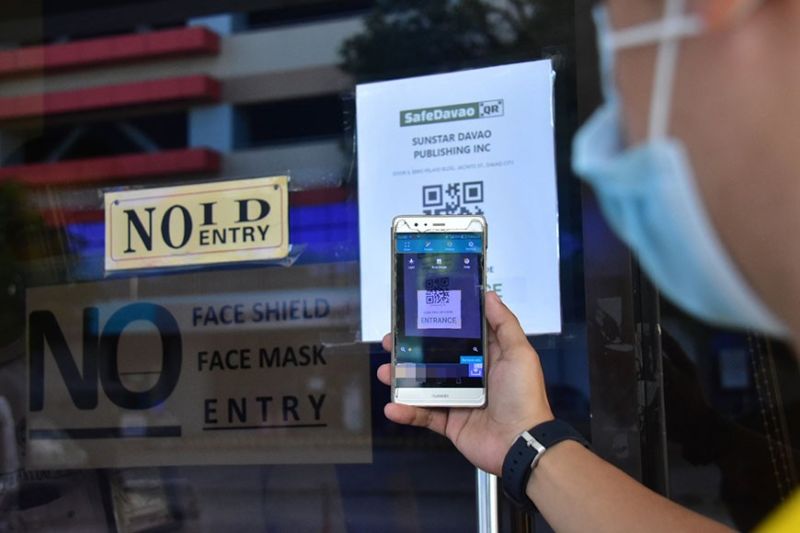 THE Davao City Government suspended the mandatory enforcement of the SafeDavao QR (DQR) code, which was supposed to start on Monday, November 23, in the city due to various factors.

"Dili siya mandatory [QR Code] sa pagkakaron because ang ingon sa service provider, some of the gadgets dili pa pwede magamit because kinahanglan siya og approval sa tag-iya sa kompanya sa gadget (The QR code system is still not mandatory for now because according to our service provider, the system is still not accessible to some gadgets because there is a need for approval from the mobile company)," Davao City Mayor Sara Duterte-Carpio said.

The mayor, during a live radio interview via Davao City Disaster Radio, has not given a definite date on when the DQR code will be fully enforced.

She said they will be gradually enforcing the DQR system for selected offices and establishments, whose QR codes can be scanned through Android phones, provided that an internet connection is available.

She added that businesses whose mobile operating systems are iOS would have to wait as it still needs approval from Apple Inc.

Duterte-Carpio said the city will be issuing a complete list of firms and businesses that will be the first batch to impose the QR code system.

She added they will be issuing the official link where they can use for the enforcement of the DQR. This link though will not be open to the public.

Duterte-Carpio also said the QR code scanning will not yet be imposed on checkpoints, and that random scanning in the streets will also not be imposed for now.

Separate registration for establishments and individuals resumed on November 11 and 16, respectively.