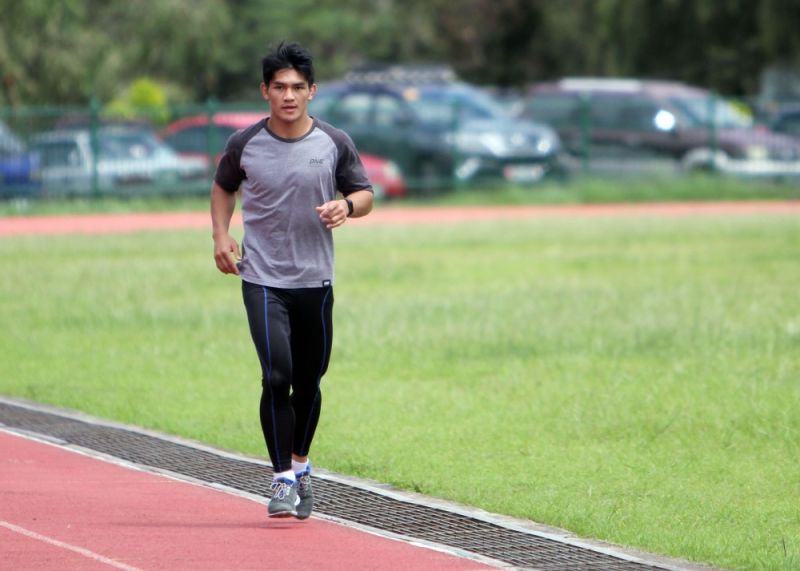 BACK IN THE SADDLE. Team Lakay's Danny Kingad is scheduled for another tough test when he takes on former ONE flyweight world champion Kairat Akhmetov of Kazakhstan in ONE Championship's Big Bang on December 4 at the Singapore Indoor Stadium. (Roderick Osis)

DANNY Kingad will face another tough test as he gets to see action in ONE Championship's Big Bang on December 4 at the Singapore Indoor Stadium.

The former world title contender from Team Lakay is booked against former ONE flyweight world champion Kairat Akhmetov of Kazakhstan in the main card of the event headlined by reigning ONE light heavyweight kickboxing world champion Roman Kryklia of the Ukraine defending his title against Murat Aygun of Turkey and the Netherlands.

Currently ranked number 2 in the highly competitive flyweight division behind world champion Adrinao Moraes and flyweight world grand prix champion Demetrious Johnson, Kingad, who last saw action in January when he defeated Wei Xie, seeks to strengthen his hold in the division if he gets past Akhmetov.

ONE: Big Bang is once again in partnership with the Singapore government to pilot the return of live international sports productions, and will continue to offer 250 special in-person "Superfan" ticket packages priced at Singapore $188 each, which come with premium socially distanced seating and exclusive ONE merchandise worth over $80 SGD (total value at more than $268 SGD).

Patrons are required to undergo the Antigen Rapid Test (ART) on event day and produce a valid negative ART certificate to qualify for admission. This exclusive limited offering can be purchased now until tickets sell out at Ticketmaster.sg.