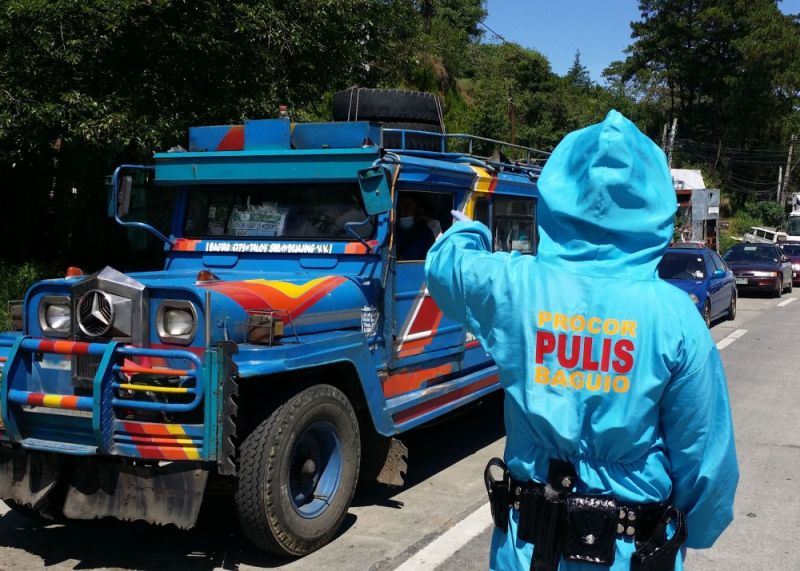 Magalong recently issued the advisory on the Temporary Restrictions imposed in Baguio City and the Benguet towns of La Trinidad, Tuba, Sablan and Tublay effective from November 21 until December 4.

During the 120th Foundation Day of Benguet on Monday, Diclas said the travel restrictions for people in Benguet traveling to Baguio City is burdensome. Health workers in the province had been working overtime to issue a medical clearance, he added.

Officials said the latest report on the Epidemiologic Risk Classification shows that the municipality of La Trinidad is moderate risk while municipalities of Tuba, Tublay and Sablan is low risk.

Expanded testing and contact tracing is also ongoing in the town of Tuba.

The governor and other Benguet officials also assured that they will continue to follow the prescribed guidelines and other regulations relative to Covid-19.

In an earlier statement, Representative Eric Yap also appealed to Magalong to recall his advisory.

"In true spirit of Bayanihan, I appeal to the Local Government Unit of Baguio City through Mayor Benjamin Magalong to recall the advisory restricting travel of Benguet residents to Baguio City particularly those coming from the Municipalities of La Trinidad, Sablan, Tuba and Tublay," Yap said.

The Benguet lawmaker added that when Baguio City opened their doors to tourists from other regions, local government units in the province allowed their passage and did not impose restrictions for their entry.

"At the height of stricter nationwide quarantine because of the pandemic, I made sure to reinforce the capacity of Baguio General Hospital for faster testing through the provision of additional PCR Machine and Automated Extractor Machine in the absence of our own Molecular Laboratory. I know BGH caters the whole of Cordillera and to some extent, the Northern Luzon for Covid testing, hence, I purchased additional extractor machines that it can use when we retrieved our equipment for the soon to be opened BeGH Molecular Laboratory in Benguet," Yap quipped.

The lawmaker also shared when there were incidents of Covid outbreak in Itogon, and Magalong offered to help and provide isolation facilities for affected residents.

"I think all of these happened because Baguio City and Benguet treat each other like family, and we are. We are united in more than hundred ways we can ever imagine. During our past interactions and conversations, it is very apparent that you and I have mutual respect for each other and whenever one of us speaks, the other one listens like a big brother," Yap said.

"In line with this, I would like to appeal to you to recall the advisory that restricts travel from Benguet to Baguio. Allow me to point out though that I am in no way against stricter measures to contain the virus. We are on the same side and maybe it is best for us to discuss this further and come up with a win-win measure," the lawmaker added.