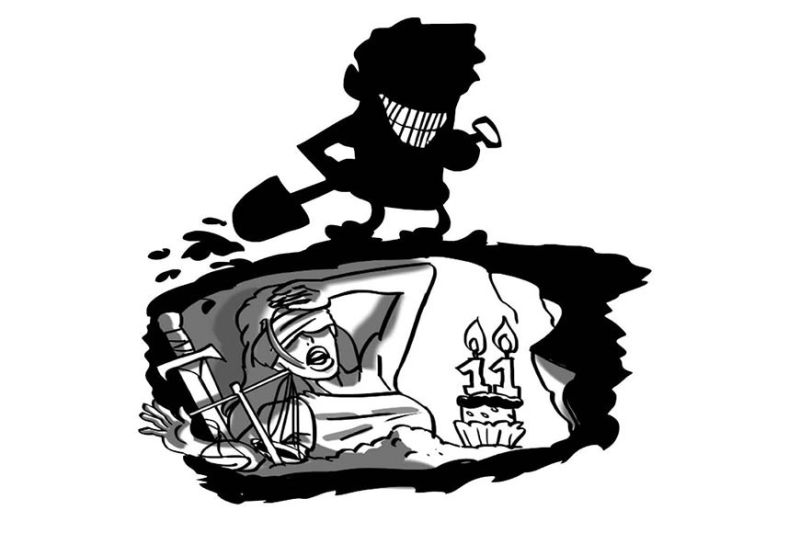 THAT is what veteran journalist Melinda Quintos de Jesus, executive director for Media Freedom and Responsibility (CMFR), says of how the public must view its supposed response to the traumas and the continuing quest for justice for the victims of the Nov. 23, 2009 Maguindanao Massacre, now 11 years stuck in the nation’s memory. Fifty-eight victims, including 34 journalists, in a convoy were ambushed, killed and buried with the vehicles in Ampatuan town, Maguindanao Province. Up to this day, it bears repeating.

During the forum organized by media groups, De Jesus said we must “identify other exemplary legal ways for redress,” considering the long suffering that the families of the massacre victims have to go through in over a decade now. “It should be a societal challenge and public funds should be part of that response,” she said.

Early in September this year, the United Nations Educational, Scientific and Cultural Organization (Unesco) had certified the Maguindanao massacre as “resolved,” but was prompt in reversing the decision to “ongoing or unresolved” following interactions with the families of the slain victims. It was in the appeal, forwarded by rights groups and the families themselves, when Unesco found that the 2019 verdict of the Quezon City Regional Trial Court Branch, which convicted Ampatuan brothers Datu Andal Ampatuan Jr. and Zaldy Ampatuan of 57 counts of murder and sentenced to reclusion perpetua, with other co-accused, did not really mark an end to the quest for justice for the massacre victims. The surviving families to this day suffer the consequences of the carnage and have only been properly aided by unsustainable help from the private sector.

Human rights lawyer Christian Monsod in the forum said the Commission on Human Rights (CHR) must consider pushing for redress beyond what the trial could offer. “I think that government, especially the CHR should help the victims of the Ampatuan massace, their living conditions, housing, and on top of that there should be what the law calls ‘exemplary damages,’ which is a penalty for inaction, incompetence for failure to arrest people who are suspects.”

The CHR, Monsod added, “should ask Congress to set aside funds, which should be a deduction from their pork barrel, the PNP, their contingency funds, it should be taken from there.”

In a criminal case, the complainants are the public and people must hold government accountable for its failure to arrest a good number of suspects in the case. Yes, it’s a “societal challenge, as De Jesus pointed out.

The challenge is also for government to formally acknowledge the existence of “impunity,” and not just an “impression of impunity.” There is a culture of impunity that apparently existed far earlier than this administration’s tenure, and the Duterte government, if it is worth its salt at all, must institute laws that would set in place better and more expansive mechanisms of redress for victims and ensure punishment for inaction among authorities.