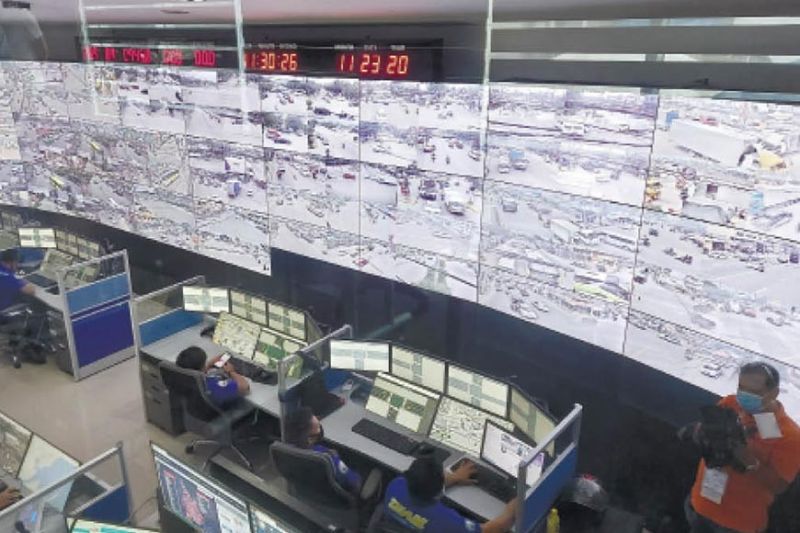 RENOVATED. Mandaue City’s command center is finally back to use after it underwent an eight-month renovation. (Kate F. Denolang)

AFTER eight months of renovation, Mandaue City’s state-of-the-art command center is now back in operation.

Ibañez said they replaced the old TV monitors since their lifespan is shorter than that of industrial wall screens. The monitors are used 24 hours a day.

The industrial wall screens have wider and clearer imaging than the TV monitors, Ibañez said.

The renovation also included the installation of high-definition CCTV cameras in strategic areas in the city. The cameras, Ibañez said, can capture images within a 360 degree angle.

With the traffic light system now in place at the command center, personnel from the Traffic Enforcement Agency of Mandaue (Team) will no longer need to manually activate traffic lights in the City.

The City has also deployed personnel from the Disaster Risk Reduction and Management Office (DRRMO) and from Team to be part of the command center’s radio monitoring team, with the aim to be able to respond faster to traffic and disaster incidents.

Aside from the traffic and disaster monitoring, the command center also has a “river eye” that monitors all the rivers and creeks in Mandaue City.

Ibañez said one of the river eye’s functions to alarm residents living along the riverside if they need to be evacuated due to heavy flooding.

The command center can help in complementing the services of the local police and fire department. (KFD)