Cebu lawyer murdered outside his office 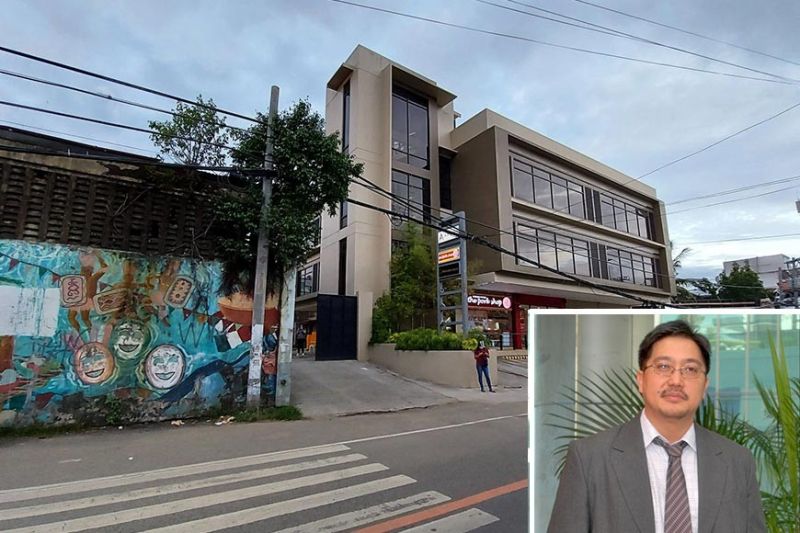 DAYLIGHT MURDER. Lawyer Joey Luis Wee (inset) was shot as he entered the building where his offi ce is located on J. Panis St., Barangay Kasambagan, Cebu City Monday, Nov. 23, 2020. Wee had handled high-profi le cases, among them the one involving the controversial purchase of street lamps installed in the cities of Mandaue and Lapu-Lapu for the 2007 Association of Southeast Asian Nations Summit held in Cebu. (AMPER CAMPAÑA, MAIN PHOTO; WEBSITE OF WEE LIM & SALAS LAW FIRM, INSET PHOTO)

A LAWYER who had handled high-profile cases was murdered Monday afternoon, Nov. 23, 2020, outside his law office at Alchi Business Center on J. Panis St. in Barangay Kasambagan, Cebu City.

Joey Luis Wee, 51, was shot by one of two motorcycle-riding men.

Cebu City Police Office Director (CCPO) Josefino Ligan is now looking into whether the murder was related to his job as Wee’s family had told police that the lawyer had been handling big cases prior to the incident.

Wee, however, had not handled drug cases, Ligan said.

Wee’s murder was condemned by a group of lawyers—the Integrated Bar of the Philippines (IBP) Cebu City Chapter.

“The brazen attack on our brother in the legal profession is taken as an attack on the whole legal community,” read a portion of IBP Cebu City Chapter’s statement.

The group urged authorities to bring the perpetrators to justice, saying an “attempt to take any life will never be tolerated in a civilized society.”

This is the second shooting incident involving lawyers in six weeks; however, in the first incident, the lawyer, James Joseph Gupana, survived. The ambush-slay attempt on Gupana happened in Lapu-Lapu City last Oct. 10.

Fourteen months earlier, on Sept. 2, 2019, high-profile lawyer Inocencio de la Cerna Jr. survived an ambush outside the Cebu City Hall of Justice at the Qimonda IT Center at the North Reclamation Area in Cebu City.

De la Cerna was able to shoot back at the culprits. He managed to drive his car to the Waterfront Police Station.

On Feb. 19, 2018, lawyer and Ronda vice mayor Jonah John Ungab died after he was attacked by motorcycle-riding gunmen while he was driving his car with his wife, Pearl, sitting on the passenger seat.

Ungab was shot after attending a hearing of his client, alleged Eastern Visayas drug lord Kerwin Espinosa, at the Cebu City Hall of Justice.

CCPO Director Ligan said he has not yet decided whether to form a special investigation task force that could fast-track the inquiry.

Ligan said the investigators will retrace the cases that were handled by Wee.

“What we initially learned is that this lawyer had a good reputation as a lawyer,” he said in a mix of Cebuano and English.

Ligan said they will be waiting for Wee’s sibling to tell the police what the family knew about his job in detail and if the family knew of any threats to the lawyer’s life.

He was the defense counsel for the former officials of the Department of Public Works and Highways (DPWH) 7 who were recently convicted for corruption involving the controversial purchase of street lamps installed in the cities of Lapu-Lapu and Mandaue for the 2007 Asean Summit.

Last month, the Sandiganbayan ordered the arrest of three former DPWH 7 executives and a private individual from the company where the street lamps were bought.

In 2010, Wee served as legal counsel for then Rizal, Palawan Mayor Nicolas Montaño Sr. when the latter was jailed for allegedly raping a woman in Cebu on the same year.

Wee served as defense lawyer of one of five National Bureau of Investigation (NBI) 7 agents who were involved in a strafing of a van carrying off-duty resort workers in Mandaue City in 2003.

He said the building’s gate was open when Wee got out of his vehicle.

As Wee was climbing the stairs to his office on the third floor, two men rushed at him. The gunman then shot the lawyer twice.

The culprits fled the area afterwards.

Alaras said he failed to see the gunshot wounds on the victim as the latter had already been rushed to a private hospital.

The Cebu City Police Office will help in the investigation.

Investigators will check the security cameras of establishments near the crime scene to help them identify the culprits.

A Superbalita source said Wee’s companions did not report the incident right away as they were reportedly afraid the suspects would get back at them.

They immediately brought Wee to a private hospital, thinking the lawyer would survive his gunshot wounds. (GPL, AYB, JJL, JKV)