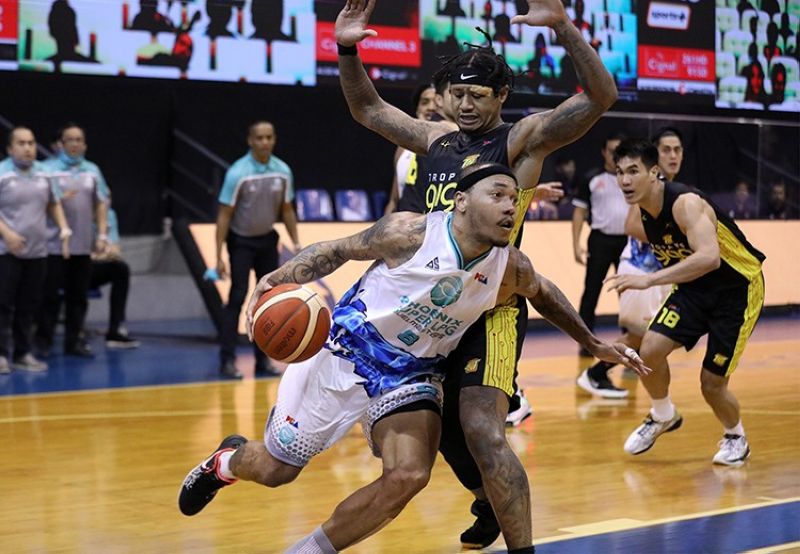 Calvin Abueva claimed the Player of the Week honor after leading the Phoenix Super LPG Fuel Masters to a 2-1 series lead over the TNT Tropang Giga. (PBA photo)

After missing more than a year because of a suspension, Calvin “The Beast” Abueva has been bent on making up for missed time.

He’s doing just that in the PBA Philippine Cup semifinals against the TNT Tropang Giga as he notched consecutive double-doubles to lead Phoenix to within a win away from their first finals appearance in franchise history.

His all-around play earned him the unanimous choice as Cignal TV– PBA Press Corps Player of the Week for the period November 16-22.

Abueva stepped up big time when Phoenix was in search of a hero following the ankle injury that befell star wingman Matthew Wright in the opener of the PBA Philippine Cup semifinals.

Plagued by early foul trouble in the series-opener, Abueva settled for a 13-point, nine-rebound output as the Fuel Masters dropped a close 92-95 loss against the Tropang Giga in the match that saw Wright held to just six minutes of play due to a sprained right ankle.