City to require drone operators to get special permit, register 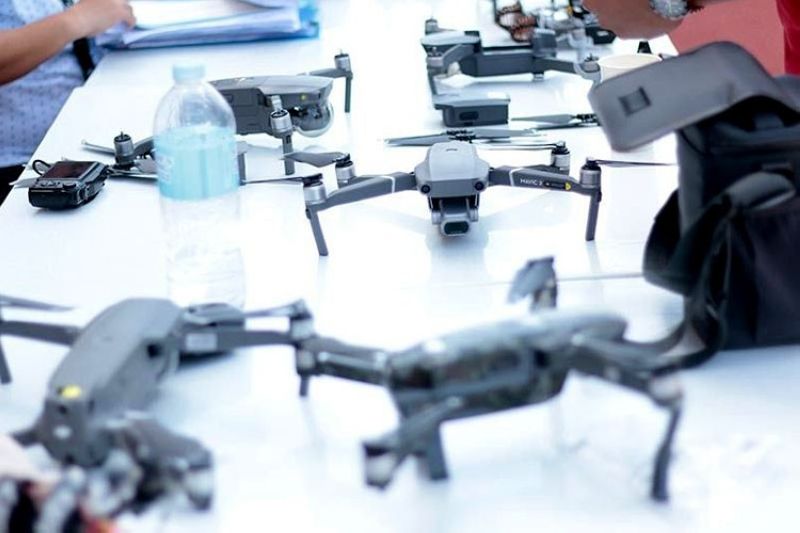 DAVAO City will now be strict in allowing flying enthusiasts to operate their drones within the city after the 19th City Council passed an ordinance regulating its operation to ensure that it will not be used for criminal or terrorist intent.

The "Drone Regulation Ordinance of Davao City" was passed on third and final reading on Tuesday, November 24, 2020.

Once the ordinance is signed by Mayor Sara Duterte-Carpio, all drone operators will not be allowed to fly their devices unless they register or obtain a special permit from the local government.

According to the ordinance clause, all Unmanned Aerial Vehicles (UAV), Remotely Piloted Aerial Systems (RPAS) and Remotely Piloted Aerial Units (RPAU), including drones, will be required to register with the Public Safety and Security Command Center (PSSCC) for regulation before it will be allowed to operate within the "territorial jurisdiction and airspace of Davao City."

The ordinance mandates PSSCC to manage the periodic registration of all drones and RPAS operated by private persons, used for non-commercial, hobbyists, recreational and/or sports purposes, within the city, with the assistance and coordination of the Civil Aviation Authority of the Philippines (Caap)-Davao City Office.

All drone and RPAS owners already registered with Caap or those owned and operated by government agencies need to present their registration to PSSCC for documentation purposes.

Operators who will fail to register, falsify their registration permit, transfer or tamper their submitted permit, will be penalized.

No person shall also be allowed to operate their drone, whether registered or unregistered, in prohibited or restricted airspace, no-fly zones, or other areas prohibited by law or regulation, unless specifically permitted by the proper government authority exercising control or jurisdiction in a certain area.

For non-registration, or transfer, falsification, or alteration of issued registration, they will be penalized of P3,000 for first offense, and confiscation of drone, and P5,000 fine for the second offense.

For operating in "no-fly zones" or prohibited or restricted airspaces, the drone will be immediately confiscated and will be penalized of P5,000.

Councilor Mabel Sunga-Acosta, committee chairperson of peace and order, filed the ordinance, which aims to address safety and security concerns.

Acosta said the operation of drones worldwide is now being subjected to strict regulations as these flying contraptions are capable of carrying explosives which are used in terrorist attacks.

PSSCC Chief Angel Sumagaysay told SunStar Davao in a previous interview that they have been lobbying for it as a preventive measure against possible terrorist attacks.

"Drones can be used as weapons by terrorist groups and criminals. To prevent that, we should regulate all the drones operating or flying in the city for the safety of all Dabawenyos," Sumagaysay said.

Prior to its passage, Acosta said Duterte-Carpio had personally lobbied that drones within the city must be regulated due to its rampant usage for hobby and professional purposes.

Before registering the drones, the councilor said owners need to undergo an orientation to educate them on the restricted zones or "no-fly zones," the aerodrome that is more or less eight to 10 kilometers away from the airport, and other regulations to be implemented.

She said there is a need to impose this measure following the advancement of technology.

"We need to be updated since more high-tech drones are getting smaller and smaller, but with higher camera specifications. We have to be attuned to the times and aware of new technology to protect the peace and order and the general welfare of Dabawenyos," Acosta said.

She added the ordinance would be beneficial for the Dabawenyos as these are also used for environment scanning and rescue missions.

In 2019, Acosta also pushed for the registration and licensing of drones to be made within the city.

The council filed a resolution requesting Caap to establish an extension office in the city in line with the recently-passed drone ordinance.

But she said the proposed ordinance would have a problem in its implementation since drone registration is under the Flight Standard Inspectorate Service (FSIS) of Caap with its head office in Manila.

Drone operations in the city had been lobbying for Caap to branch out their registrations within localities.

Caap is the lead regulatory agency in drone operations. Under Caap Memorandum Circular 21 and 35 series of 2014, drones used commercially are mandated to be registered and licensed before it could be used.