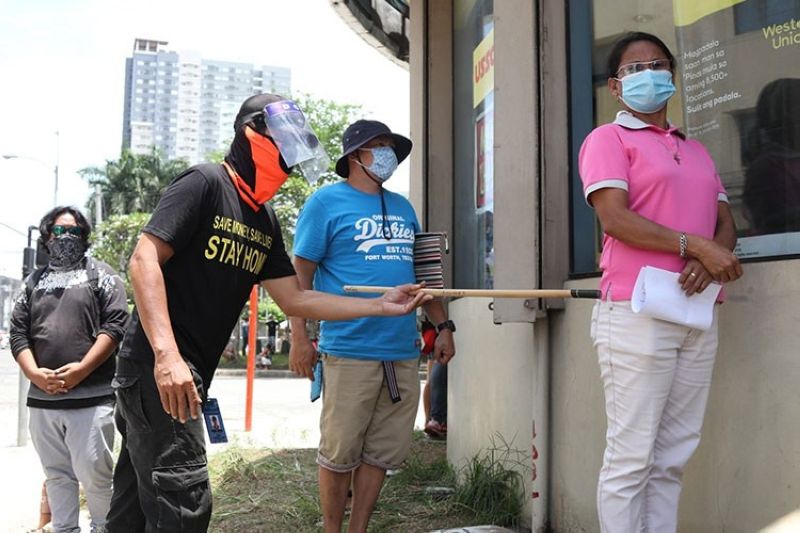 INDIVIDUALS and establishments in Davao City who fail to observe the one- to two-meter physical distancing will now be penalized following the passage of "The Davao City Minimum Health Protocols for Covid-19 Ordinance" in the 19th City Council.

The City Council passed the ordinance under third and final reading on Tuesday, November 24, mandating the strict implementation of physical distancing in public areas in the city.

According to the ordinance, social distancing must be observed at least one meter or three feet radius from one person to another in the following places: inside and outside of business establishments, markets, pharmacies, banks, remittance centers, medical quarantine facilities, private and government offices, and other institutions authorized or allowed to operate under a community quarantine; and entry or exit points, checkpoints, roads or alleys in the barangays, subdivisions or villages.

All owners, presidents, general manager, or officer-in-charge on the above mentioned areas are tasked to ensure that physical distancing is properly observed within their territories by designating security or frontline personnel to monitor its observance.

The ordinance also mandates all mentioned establishments to designate or place floor or pavement markings at least one meter from one person to another to maintain the required social or physical distancing.

If the offense is committed by an establishment or juridical entitle, the owners or high-ranking officials of such establishments will be held liable.

But if the offender is a public officer or employee, an administrative case may be filed against them pursuant to the Local Government Code of 1991 or the Civil Service laws, rules, and regulations.

If a certain individual will be caught violating the distancing requirement, they will be penalized through community service.

A citation ticket will be issued to the ordinance violations, while a "no contest provision" will be allowed for those people cited violating the ordinance, and is willing to pay voluntarily within five days or to render community service prior to the filing of a complaint before the Office of the City Prosecutor.

The Barangay Health Emergency Response Teams shall take the lead in enforcing the ordinance within barangays. They are also tasked to inspect establishments for proper compliance, disseminating information on the minimum health protocols, and the purpose of the ordinance. They will also be accompanied by the different security forces and offices.

Councilor Mary Joselle Villafuerte, the committee on health chairperson, told SunStar Davao that there is a need to impose an ordinance penalizing physical distancing violators as these are being violated despite constant reminders from the local government.

"We do not want to imprison or fine them but, hopefully, the presence of an ordinance will deter them. We need to put a law so that people will be guided. If we say to discipline the people, murag di na mahitabo (that won't happen) because people won't be disciplined without a law," Villafuerte said.

Villafuerte, who is also a medical practitioner, said physical distancing, paired with the proper wearing of face masks and frequent handwashing, is important to stop the spread of Covid-19.

She said the ordinance will only be repealed once the state of a public health emergency will be lifted.

The Davao City Police Office has already apprehended 2,071 violators of physical distancing since the community quarantine was imposed in the city since mid-March when the City imposed a community quarantine brought about the first recorded Covid-19 case in the entire Davao Region.