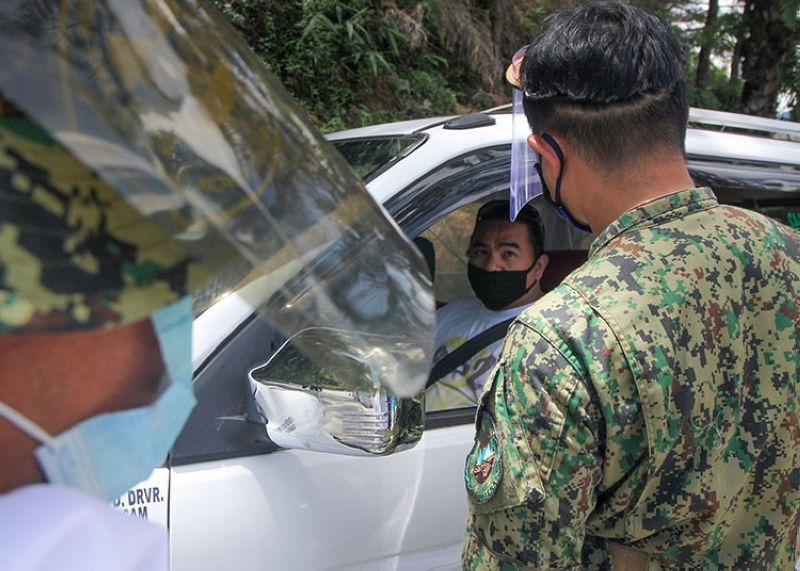 THE Provincial Board members of Benguet are one with the people in asking the Baguio City Government to recall Mayor Benjamin Magalong's travel restriction order.

In Resolution 2020-797, the 15 board members expressed support to the appeal of the people and officials of Benguet to recall the advisory of the City of Baguio on temporary restricting access between Baguio City and the Municipalities of La Trinidad, Tuba, Tublay, Sablan.

The officials are appealing for Baguio City to reconsider the clamor of the people and the officials, and for Magalong to retract his advisory.

The resolution added that over the last days, residents of the province experienced additional burden just to access medical and essential necessities, or to transact business in the city because of the need to take long queues during hot and at times rainy afternoon just to secure a medical clearance.

"The province does not in any way oppose a ramped up Covid-19 testing as it is indeed a tool in the monitoring and assessment of the effectivity of current policies to fight the pandemic, however, policies such as the restricted access of residents of the municipalities of La Trinidad, Tuba, Tublay and Sablan to the city of Baguio must have scientific basis," the resolution read.

In this case, the restricted entry must be based on data such as residents of the four Benguet towns area contributing to the spike of cases in Baguio.

The required document when entering Baguio City will be valid for five days from the date of issuance.

Travel restriction of Baguio City was issued last November 19 and later amended with a medical certificate as a requirement effective November 26 until December 4, 2020.

In the city advisory on temporary restricted access between Baguio and four Benguet towns, it stated that series of dialogues were held with the Provincial Government, together with the Office of the Civil Defense, Department of the Interior and Local Government and the Regional Task Force for Covid-19.

It added the Baguio-La Trinidad-Itogon-Sablan-Tuba-Tublay local chief executives and Governor Melchor Diclas approved the arrangement of ramping up testing operations, ingress, egress of constituents of Baguio be temporarily restricted.

The appeal of the Municipal Inter-Agency Task Force La Trinidad to retract the advisory was followed by the appeal of Diclas together with the four mayors of La Trinidad, Tuba, Tublay and Sablan and Benguet lawmaker Eric Go Yap.

Sablan Mayor Manuel Munar told SunStar Baguio there were no series of meetings before the issuance of the advisory of the city.