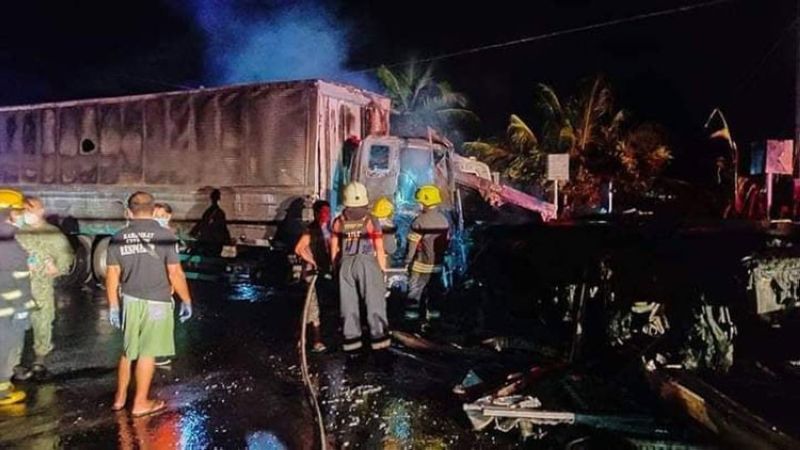 Police identified the fatalities as Wendell Larios, and his brother Carlo Larios, both residents of Barangay Pandanon, Mabinay, Negros Oriental.

Also killed in the crash were Diany Garcia and her helper Evel Illustrisimo, both residents of Barangay E. Lopez, Silay City.

Valladolid Police Chief Wilfredo Benoman Jr. said one of the trucks was traveling north when it suddenly occupied the lane of the second truck, which was headed south.

The collision was also noted to have happened just a few meters away from the Valladolid District Hospital. The collision also caused the two vehicles to burst into flames.

Witnesses said that following the collision, they heard the occupants of the two trucks shouting for help, but the flames prevented several

individuals from rescuing the trapped occupants.

Firefighters eventually arrived to put out the fire, but it was already too late for the four occupants who were declared dead on the spot.

A follow-up investigation also revealed that the trucks quickly caught fire as one of the vehicle's fuel lines may have ruptured in the collision.